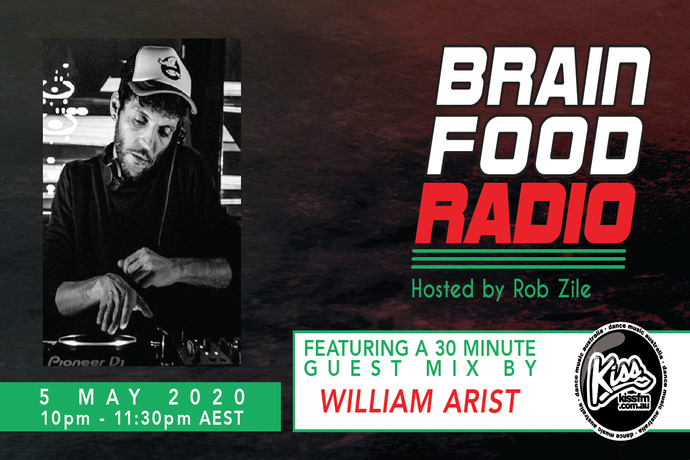 From the dangerous part of the city of Montevideo, Uruguay in late 90s William started his journey in music at the early age of 11 helping programming the music and Djing in a radioshow of an pirate radio station, since that moment he never stopped to define his own style and taste of music and improve his technical skills.

In 2009 he started to release his own productions under different monikers releasing several works in digital and physical formats.

In 2017 things has changed when he took the final decision to focus exclusively on his new project called William Arist, helped by the opening of his own promotion platform (label) Perseverancia Records.

His eclectic production wise has let him get a very wide range of options to release his stuff not only for his own label but also in others like Animal Farm (Uk), Dead Cert (Uk), Tauten (SRB), works that have caught the attention and have been supported by a variety of names ranging from Alex Do, Ben Sims, Cari Lekebusch, John Selway or Tensal to Karotte, Drumcomplex, Joris Voorn, Vinicius Honorio just to name a few.

Check out William Arist’s music below then listen to Brain Food Radio on Tuesday night for his EXCLUSIVE guest mix!