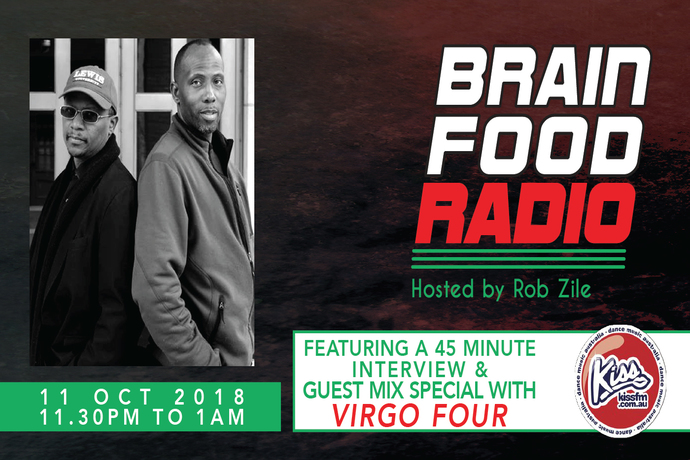 Chicago House pioneers VIRGO FOUR (Trax Records/ Rush Hour Recordings) are one of the only LIVE acts from the second generation of Chicago house artists.

Back in the day the duo of Eric Lewis and Merwyn Sanders were the true pioneers of deep house and their 1989 LP on Trax Records still stands up as one of the best in the genre.Chicago born-and-bred musicians who, like many, became wrapped up in the burgeoning house scene of their city in the mid-80s. They were both regulars on the infamous Chicago high school party scene, where packed school halls were filled with the sounds of local DJs such as the Hot Mix Five. From the school on to the club, they frequented Ron Hardy’s Muzic Box and started producing music themselves. At some point a friend recommended they visit Larry Sherman, co-owner of Trax Records, and from then on it took a few visits and a discerning dog, but they eventually released their first – and seminal – single Do You Know Who You Are? on Trax in 1989. Under Virgo Four and their aliases M.E. and Ace & Sandman the pair released more music over the next few years, but after a while took up other professions.Over 20 years later Amsterdam’s Rush Hour crew released the seminal re-issue compilation Resurrection, unearthing no less than 30 original Virgo Four tracks, getting the pair the attention they deserve. Virgo Four’s cuts on Rush Hour reconquered the house heads in the exact same way, notably with the Caribou remix of their It’s A Crime track. Now, Eric and new recruit Terry Ivy are continuing the legacy without missing a step.

Check out Virgo Four ’s music below then listen to Brain Food Radio tomorrow night for an interview with Eric Lewis and an EXCLUSIVE guest mix!