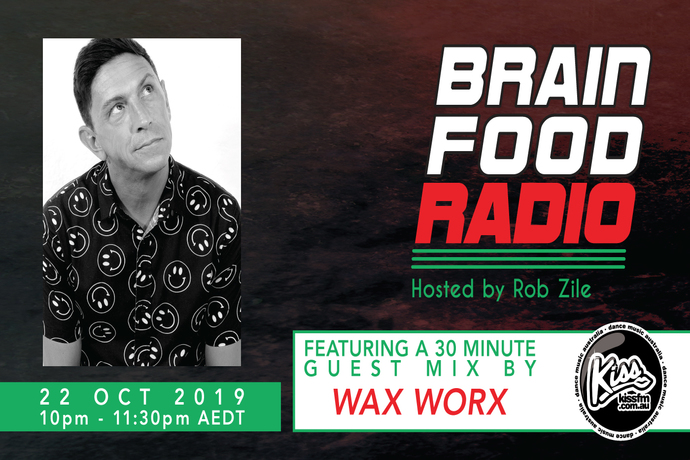 “Wax Worx’s music stands out from the pack” Steve Lawler

Whether he be in the studio or behind the decks, Wax Worx has an undeniable energy that stands out in his production and is a sight to behold in his killer sets. Over the last few years his unstoppable rise has seen his music make its way into the sets of the biggest names in the business including Claude Von Stroke, Solardo, Todd Terry, Low Steppa and Jamie Jones, Carl Cox dropping his hit “One House’ at his closing party at the legendary Space, Eats Everything smashing his remix of Human Resource, ‘Dominator’ at Warehouse Project in Manchester, while Paco Osuna hammered it in nearly every set he played that summer, Monki premiering his first release ‘Bump Shake’ on his own label Shanghaied on Radio 1 and Black Madonna finishing 2018 for him in style by dropping his unreleased track ‘One Green Laser’ on her Radio 1 show and telling him she loves him – What more can any DJ want!

With such critical acclaim for his music the last couple of years have seen releases on Suara, Armada and a 3 track EP on Steve Lawlers VIVa, with 2019 set to be even bigger with his next release on London Records Believe music imprint, a stomping remix of the Stretch & Vern classic ‘I’m Alive’ and kicking off the years gigs opening the terrace for the biggest party promoters in the world; elrow at their original Barcelona home club alongside heavyweights Claptone and Fisher, with an incredible set that earned him the love of all at elrow and seriously high praise with a hug and a handshake from Juan Arnau Snr the father of the elrow family!

Wax Worx’s skills, presence, dedication and pure love for the music and the scene shines through and will always leave you shouting for one more…

Check out Wax Worx’s music below then listen to Brain Food Radio at the new time of 10pm to 11:30pm on Tuesday night for his EXCLUSIVE guest mix!