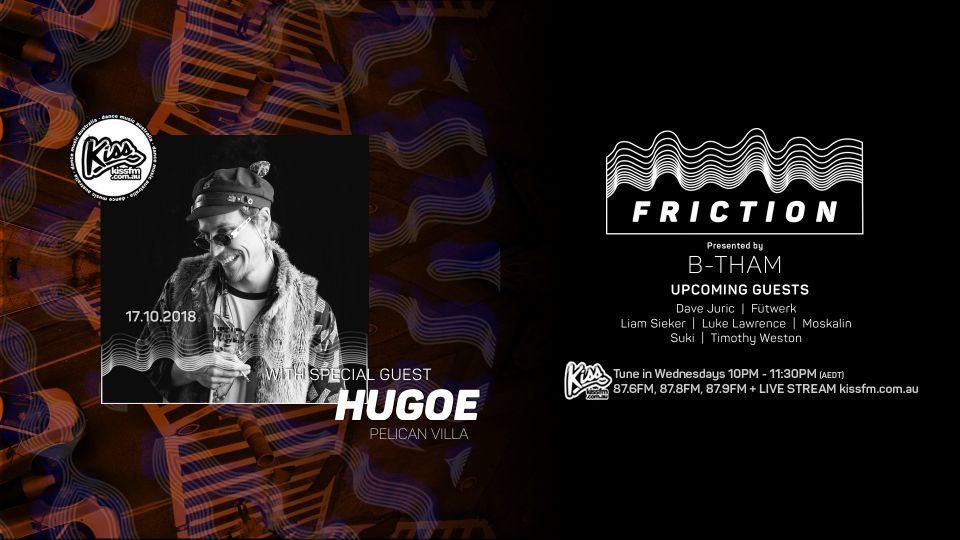 FRICTION welcomes HUGOE from Melbourne crew PELICAN VILLA, straight off burning seed and ready to bring on summer. Hugoe comes in for a chat and tells us whats vibing in his world.

Hugoe is a Melbourne based Melodic Deep House & Techno vibe connoisseur quickly busting his way into the scene with a smile. He has spent the last 4 years curating his sound in various different countries, yet the most exciting of the list is his time spent managing an underground Techno club in Japan, where he discovered a love for dark and ominous sounds mixed with ambient field recordings and textures with an analog feel.

These are the sounds of Hugoe. 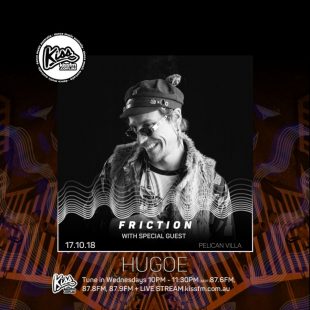 Remember to keep tuning into Friction every week as we welcome the following guests up to the Friction waves, including a 2 hour special with ANTHONY PAPPA from Global Undergorund, plus Dave Juric, Fütwerk, Liam Sieker, Luke Lawrence, Moskalin, & Suki.