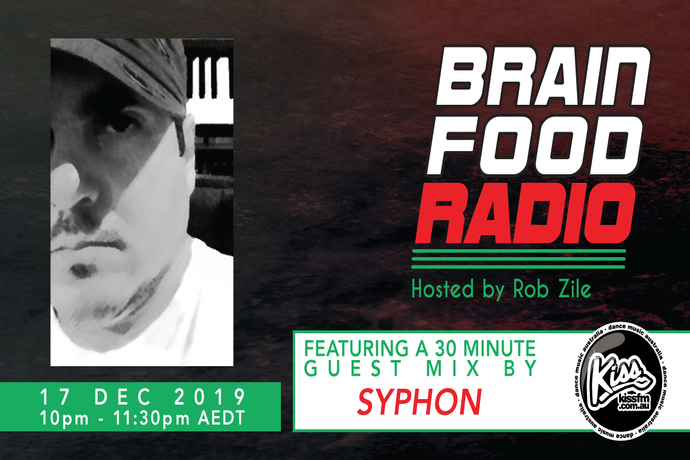 Antonio Caballero has found himself thrust into a creative life of music making. It was a copy of Santana’s Abraxas that lit the spark, inspiring Antonio to pursue a musical calling. As that album’s diverse mix of cultural influences spoke to Antonio’s Cuban heritage, now deeply embedded in the USA, a combination of genres and styles would later define his own amalgamation of sound. An introduction to the vibrant rave scene in Chicago coincided with a roommate’s purchase of a Roland synthesizer, and Antonio realized that electronic dance music was the path to follow to reach his musical mission.

After much recorded trial-and-error, Antonio finally felt confident enough to send his initial tracks to a handful of labels that he respected and would hope to be aligned with. To his surprise the label that first took interest was DJ legend Francois K’s renowned Wave Music. The result was the The Snowtr_ck EP released under Antonio’s artist pseudonym Syphon. Issued on 12″ vinyl in 2002 this EP of dark tech-house energy marked a promising start for Antonio Caballero, giving him the push he needed to further refine his sound and form his own label, Panama Red Records & Parity Records.

Antonio has continued to release using the artist pseudonym Syphon and he has started two collaboration projects: Karl Malone along with Dj Saint Lewis and Fake News along with James McNamee.

Check out Syphon’s music below then listen to Brain Food Radio at the new time of 10pm to 11:30pm tonight for his EXCLUSIVE guest mix!