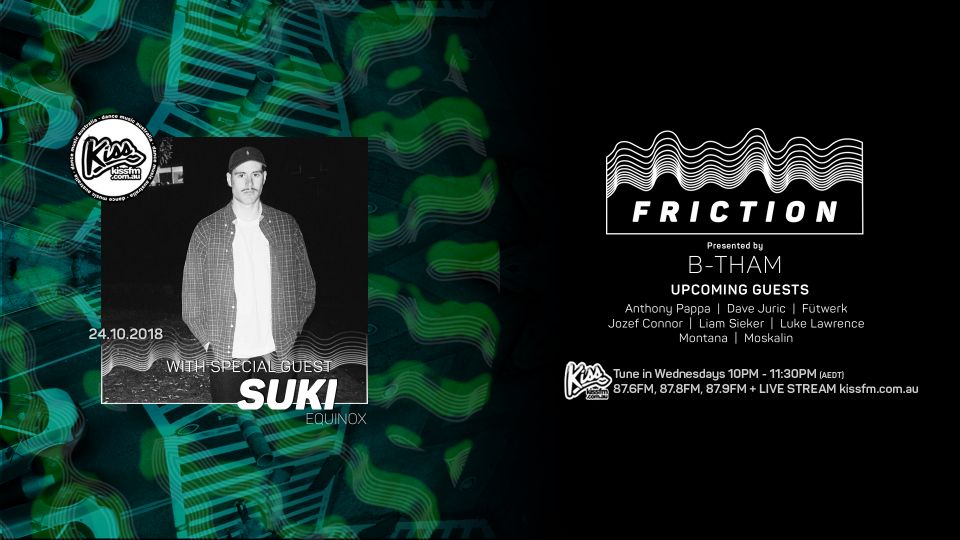 FRICTION welcomes SUKI from Melbourne crew EQUINOX, running consistent events across the town with a forward thinking crew SUKI is sure to bring some special flavours to Friction.

Will Howard aka suki, has spent the past 7 years writing and playing electronic music. As a man with many alias’ and projects over his time in the scene, this is not the his first rodeo in music production and DJing. Having been exposed to music of all kinds his whole life, he has found his calling in the house and techno scenes in the most recent years. The ‘suki’ project focuses on the grooves of house music, taking sonic inspiration from the European clubbing scene with acts such as Frits Wentink, Chaos in the CBD and all time favourite Josh Butler. In his productions, It is a constant ambition for Will to distinguish him self uniquely from others, striving for a consistently different approach and sound to what’s readily available.

As well as this, Will has a passion for the clubbing and event scene. As a director at Melbournes ‘Equinox Events’ he and the team create unique and immersive audio visual encounters for party goers at their various events. The boutique events company has been known to go the extra mile with providing their patrons with the best event experience both audibly and visually. Moving forward you can expect many exciting involvements and ventures from the team.

Overall Will has a passion for all things quality and underground and he is forever striving to remain on top of his game with new ideas and sounds in both his production, DJing and events. Expect new music on the horizon from suki. 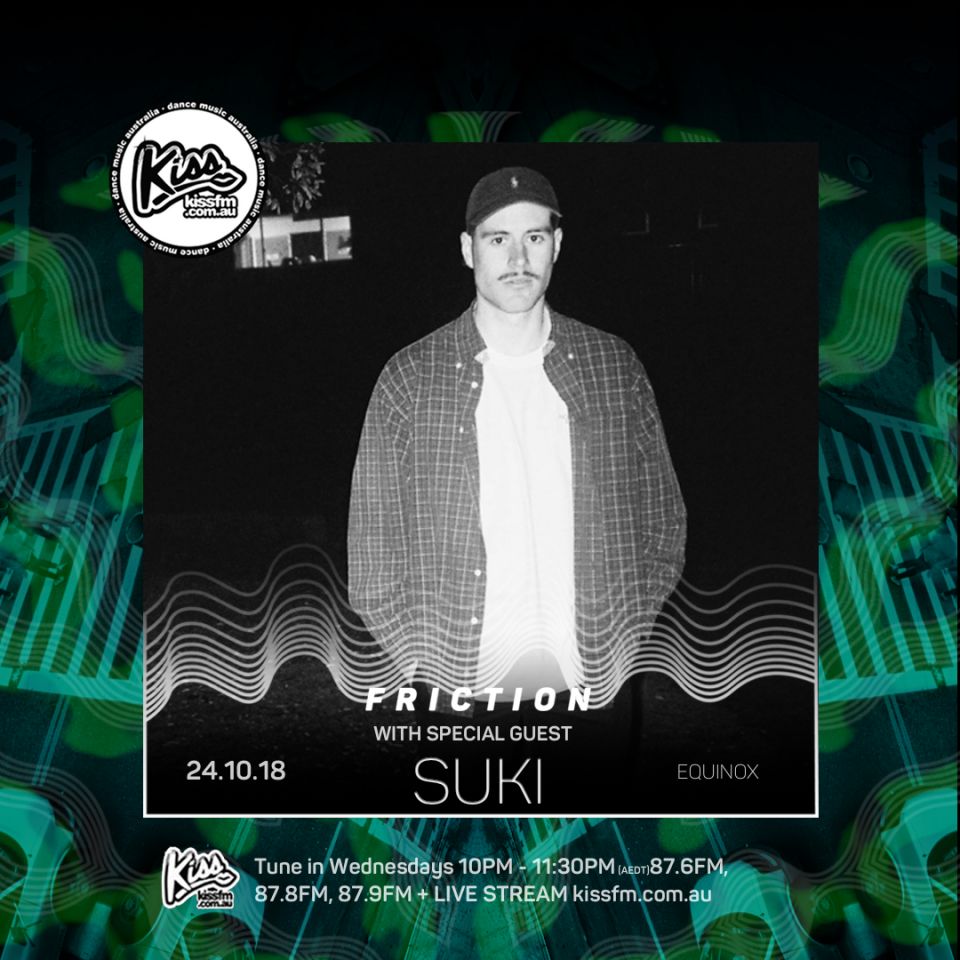 Remember to keep tuning into Friction every week as we welcome the following guests up to the Friction waves, including a 2 hour special with ANTHONY PAPPA from Global Undergorund, plus Dave Juric, Fütwerk, Liam Sieker, Luke Lawrence, Montana, Moskalin.