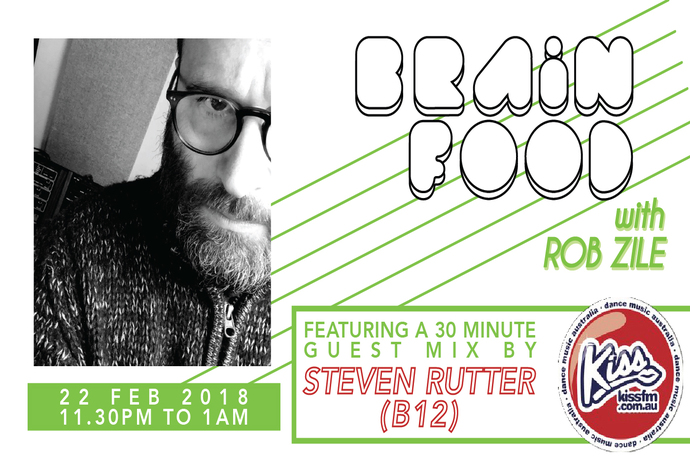 Steven Rutter from B12, the label and production duo that also features Mike Golding, were at the forefront of the UK Techno scene in the early 90’s, inspired by the sounds coming out of Detroit at the time. The duo were often mistaken as hailing from Detroit, their sound being comparable to the so-called second wave of Detroit techno. They were signed by Warp Records featuring on the seminal Artificial Intelligence series (alongside Aphex Twin, Richie Hawtin, The Black Dog and Autechre) and their classic Electro-Soma album from 1993 was reissued last year.

Steven has a new solo album coming out on his FireScope label in March called ‘BrainFog.’

Check out Steven Rutters’ music below then listen to Brain Food this Thursday night for his EXCLUSIVE ‘Acid vs Electro’ guest mix!