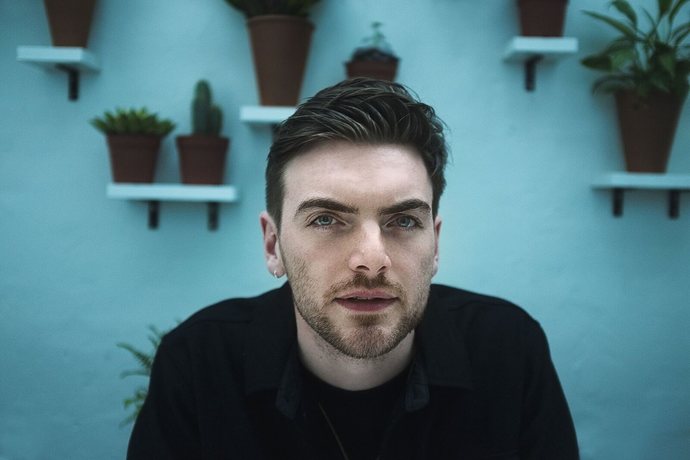 Since  his  emergence,  Sam  O’Neill –  better  known  as  TCTS –  has  become one of the UK’s most tipped producers with his ability to produce exceptional cross-over  hits,  garnering  support  both  from  mainstream  and underground tastemakers.   Whilst  studying  at  university  in  Manchester,  Sam  was  introduced  to  the electronic  music  scene  through  experiences  at  The  Warehouse  Project  and being  in  the  midst  of  the  city’s  blossoming  nightlife.

Studying  throughout  the explosion  of  dubstep  and  deep  house,  Sam  was  surrounded  by  artists  such as Disclosure, XXXY, Deadboy and the Hessle Audio crew.  However,  early  influences  are  drawn  from  his  childhood  where  he  started playing piano at the age of 8 and played the guitar in several bands.  His ear for musicality is evident throughout his colourful productions such as ‘1997’, ‘Live For Something’and ‘You’ that are driven by infectious melodies.

His  debut  release ‘1997’  happened  by  chance  as  Sam  submitted  to  track  to BBC Radio 1 and was picked up by prolific radio host Huw Stephens. Having heard it on the radio, Bondax picked the track up, releasing it on their Just Us imprint  in  2012.  Alongside  a  steady  slew  of  original  productions,  TCTS  has remixed  for  the  likes  of  Watermat,  Haim,  Years  &  Years,  Jessie  Ware  and Snakehips.

Always  wanting  to  pursue  a  career  in  music,  one  of  his  dreams  included owning  his label.  Early  2016,  Sam  founded  his label ‘Make  Something’  as  a platform to release his own music on his own terms. Kicking it off with ‘Jelly’, Sam aims to turn ‘Make Something’ into a platform to host his favourite artists.  With his productions taking off, Sam began to teach himself to DJ as a way of being able to road test his latest creations and witness how the crowd reacts to  them.  Delving  back  into  the  club  scene,  tracks  released  as  TCTS are  a mixture of club-ready cuts and home listening gems. The beat-driven tracks ‘Thinking About You’and ‘Forward’ highlight his influences from labels such as Cajual, Dirtybird and Defected and his ability to produce genre-bending hits.

As  an  in-demand  DJ,  TCTS  has  shared  bills  with  Disclourse,  Jackmaster, Todd Terje, Duke Dumont, and live highlights include Glastonbury, Reading & Leeds,  Hideout,  Creamfield,  Miami  Music  Week  and  tours  of  Australia  and Asia.  TCTS  has  also  tapped  into  the  world-renowned  Ibiza  scene  where  he has played at Cream Ibiza and a headline show at Ocean Beach Club.  Sam’s eclectic style has garnered support from several credible tastemakers and  led  to  him  signing  with  Chase  &  Status’  MTA  Recordings  as  well  as working with Joe Goddard at Greco Roman for releases such as his third EP ‘Games’, ‘These Heights’ and ‘Coupe De Ville’. His first release of 2017 ‘Do It Like  Me  (Icy  Feet) –  a  collaboration  with  Kelis  and  Sage  The  Gemini  –  saw Sam  work  with  Ministry  of  Sound  and  reach  number  1  in  the BBC  Radio  1 Dance Chart, a Top 10 UK Dance Shazam Chart and this is only the start.

Sam’s  innovative  productions  has  led  to  his  TCTS  project  becoming  one  of the  most  exciting  names  in  the  scene  as  he  consistently  blends  the two contrasting worlds of underground and mainstream together.