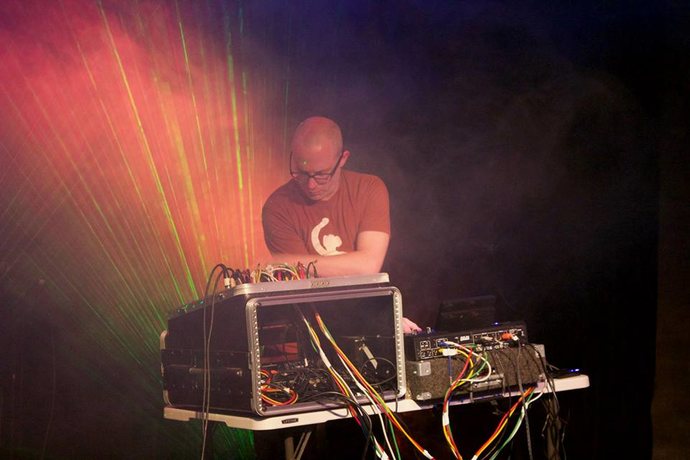 In 1993 while hitch-hiking through the Negev desert at 100 miles an hour, Allan heard Techno properly for the first time. A seed popped in his head and something started growing in this aspiring Jazz pianist.  Seeing Jammin Unit at Club Filter circa 1994 added water to that seed.

It wasn’t until 1997 till that seed turned into the first demo of Son of Zev. Within months Son of Zev appeared at his first If? Records Zoetrope gig at the legendary Punters Club.
He never missed another Zoetrope session until the last one took place in 2001.
From the late 90’s through till the late naughties Son of Zev played in every kind of venue and gig in Melbourne Australia, from free outdoor parties, benefits in little warehouses, clubs and big warehouse raves and festivals. From the funky More Bass to the Acid driven 909, from Every Picture Tells a Story to Offshore (as part of the L.N.E.E project). In that time Allan had releases and remixes on IF? Records, Elektrax Music and individual releases
After a brief hiatus, Allan returned to the Son of Zev project with his EP Continuation, celebrating the birth of his daughter. In 2020 Son of Zev has released his Into The Wilderness on Slice Records, a live set for the 2nd 303% Acid Slice compilation, a remix of a Kids Rodentia song for a bushfire relief fundraiser  and continues to produce in his forest studio..
While mostly studio based these days,  Son of Zev still loves performing live and aside from live streaming, there may be some actual live in-person performances coming in the not too distant future