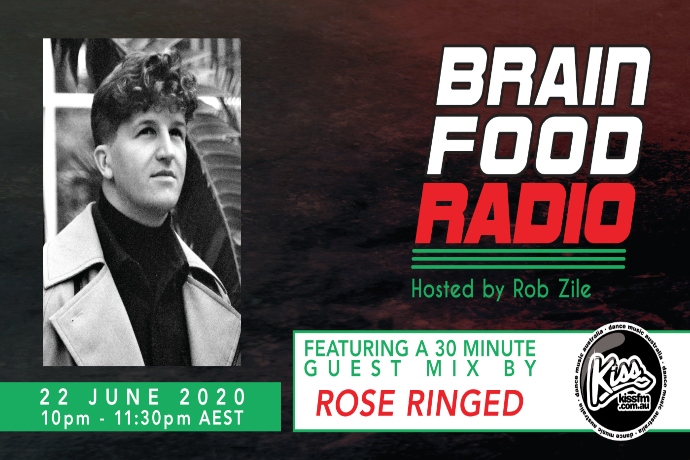 Rose Ringed was born to a music loving father and a jazz ballerina mother, during the early trance rave era of the 90s. Playing the drums led unto learning piano, getting inspiration from what is now the nostalgic sounds of the ambient and early techno parties in Amsterdam.

His first EP ‘Spring Memories’ became an instant success after its release in 2018, when Kölsch played ‘In Your Arms Again’ during his BBC Radio 1 show. It marked the moment from which Rose started to be recognised internationally and streaming numbers increasing on a daily basis. Since then, Rose has not looked back and has built up his portfolio with numerous releases out, and many more in the pipeline, that take you on a dreamy journey of bliss.

Check out Rose Ringed’s music below then listen to Brain Food Radio tomorrow night for his EXCLUSIVE guest mix!