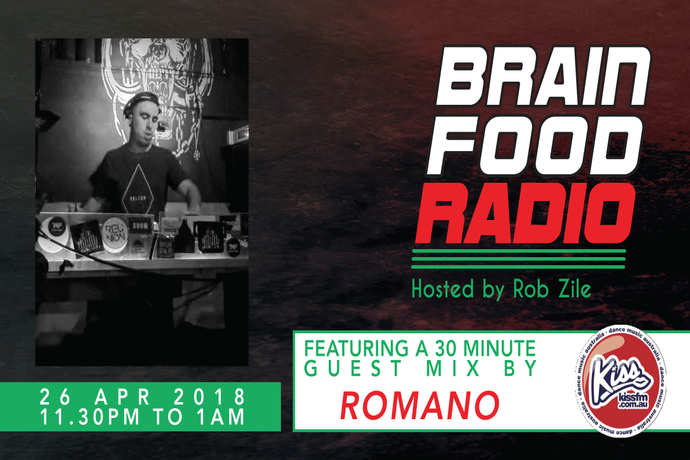 Tomás Romano has had a great passion for music from an early age.  At 17, he was inspired by the sounds of different producers.  He then began to pay attention to electronic music and started his career as an amateur producer with his primary project: Mr Excell.

At the age of 20, he released music on record labels such as Xpezial Records, Darkside Digital and Piso Records. Romano also produces techno as Rubbersoul and he runs his own record label Romano Rhythm. Romano Rhythm focuses on repetitive, hypnotic groovy sounds and is inspired by Eric Prydz, Marcel Dettmann, Radio Slave, Steve Rachmad, Ben Klock, Pfirter, Jonas Kopp among others.

Check out Romano’s music below then listen to Brain Food Radio this Thursday night for his EXCLUSIVE guest mix!