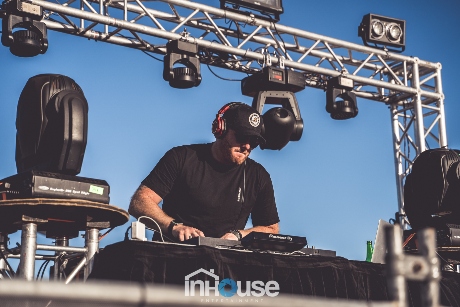 Rich Turvill is renowned for bringing his unique vibe and throwing down a banging set packed with bounce, bangers and big room EDM. He is one of the hardest-working DJs around who has hit the Melbourne Bounce, EDM and big room scenes hard, recording fresh podcasts for international and locaL DJs, and owning the decks at a host of clubs, festivals, private parties and charity events all across Perth.

Rich has recorded several guest mixes that have aired to worldwide audiences on I Heart Music digital Radio for DJ Royal, House Party on Spin 1038 in Ireland for Marty Guilfoyle, The Movement Podcast for Beyond Tha Noize, Opendeckfest in Melbourne for DJ Veezee on Kiss FM and Synergy on Fresh 92.7 in South Australia for Six Lashes.

With loyal support from his online fan base that stretches to all corners of the globe, Rich Turvill’s Bi-monthly mixtape; Recess has racked up over 1000 plays on several occasions. His massive mash-ups have garnered support from local and interstate DJs; Tamara, Nath Jennings, Veezee, Six Lashes, Natalie Sax, Zida Gray and Kate Fox, who have all featured his mashups in their sets and radio shows. Rich Turvill has dropped his high energy bounce sets, exploding with bangers, mash-ups, and sing alongs
to crowds at venues such as Metro City, Exit Nightclub, Bar 120, The Brass Monkey, Raft Up Waterworld, Overboard, Liquid Nightclub and ECU University Parties.

More recently he has played some of Perth’s biggest events; including Oktoberfest in the Gardens, NYD @ The Gog and Foreshore NYE, each having crowds in the thousands. Ireland’s biggest underage event Pulse has recently established themselves in
Perth and asked Rich to be one of their resident Djs. Their first event in February 2021 was sold-out and Rich headlined. He has played an interstate show in Geelong, Melbourne at St James Nightclub which helped him get booked to support big name Australian DJs Brooklyn, Jesse James, DJ Femme and Slice & Dice at their Perth shows!

His career highlight is something he’s very proud of….playing an International show in Belgium during Tomorrowland Weekend at You Nightclub Brussels. Rich played a pre party along side one of Belgium’s Top DJs, Blvckprint who played at Tomorrowland that same weekend!

Rich Turvill offers a sound that is both ambitious and refreshing, bringing an infectious energy to every event.