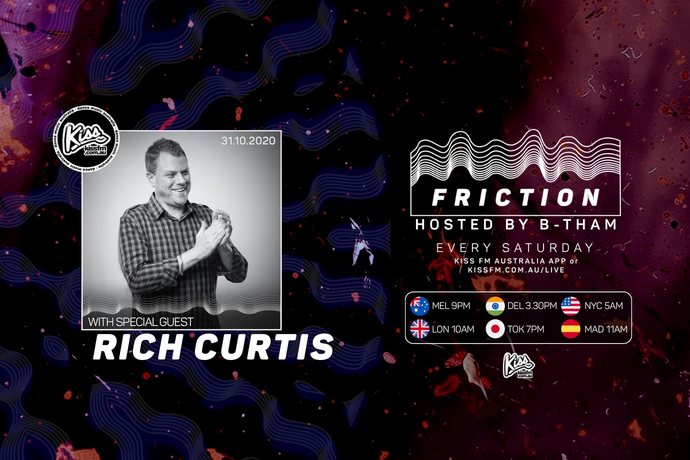 FRICTION enlists one of Brisbane Australia’s best RICH CURTIS. Having supported some of the prog gods in the scene and releasing music on iconic labels, Rich is sure to bring a special guest mix. Tune in Saturday at 9pm.

“I like the listener to drop in at the beginning and fall out at the end, having felt that time almost escaped them” – Rich Curtis.

With this, we are thrown into an immediate rush of vivid intrigue upon every encounter. We, the listener, are graced with an artist who is just as much about the exploration of feeling and thought, as he is about the dance-floor experience. Rich elegantly combines the two concepts to excite the listener, creating music that’s built to provoke; the mark of a true musician-turned-artist.

It’s through Rich’s unique designs and creations that we learn the true meaning of emotional electronic music – giving back to the traditional clarity of the genre of House and Techno by delicately pushing the long-established boundaries. A stimulating and driving persona and output that is recognised as one of Australia’s top electronic music exports.

“Melodic, deep and driving progressive house was the main catalyst for my delving into electronic music” – Rich Curtis.

Inspiration to create his own identity in the international Progressive House community captured Rich at a prime age, and his knowledge and subsequent experience with melody and groove are evident in his most recent releases on labels such as ICONYC, Flow Vinyl, Sudbeat, Microcastle, Manual Music, SexOnWax, J00F Recordings, Tulipa, Proton and Dopamine. Rich’s rise in popularity is partly due to the consistency of his monthly “Resolutions” podcast, which is currently one of the most popular shows on friskyRadio.com

Since 2007, Rich’s contribution to his local electronic dance music community has been positively enormous. Amongst regular spots at top festival institutions such as Stereosonic, Future Music Festival (Cocoon Heroes), Manifest and White Paradise, Rich ran the self-created underground club night “Ulterior” which debuted many international acts in Brisbane and Gold Coast nightclubs during its peak until 2013.

Alongside his complete absorption into the promotional role, Rich’s DJ persona developed symbiotically with that of the Ulterior brand. His commitment to providing perfectly humble and intuitive support sets for the likes of John Digweed, Dubfire, Hernan Cattaneo, Henry Saiz, Nick Warren, Timo Maas, Marc Romboy and Guy J, merits Rich ongoing reverence from those within his local club community.

Rich’s travels through Latin America – a land where Progressive House thrives – influences and breathes its way through his musical output vividly.  It’s within these travels (since 2013) that Rich has experienced clubbing culture at its full potential. Inspired by these experiences, Rich’s profile continues to expand onto the global dance music scene, including annual tours of Latin America where he feels most ‘at home’ with his sound.

An exceptionally bright future awaits Rich Curtis, as he has strategically situated himself within the upper echelon of tomorrow’s top Progressive heavyweight producers. 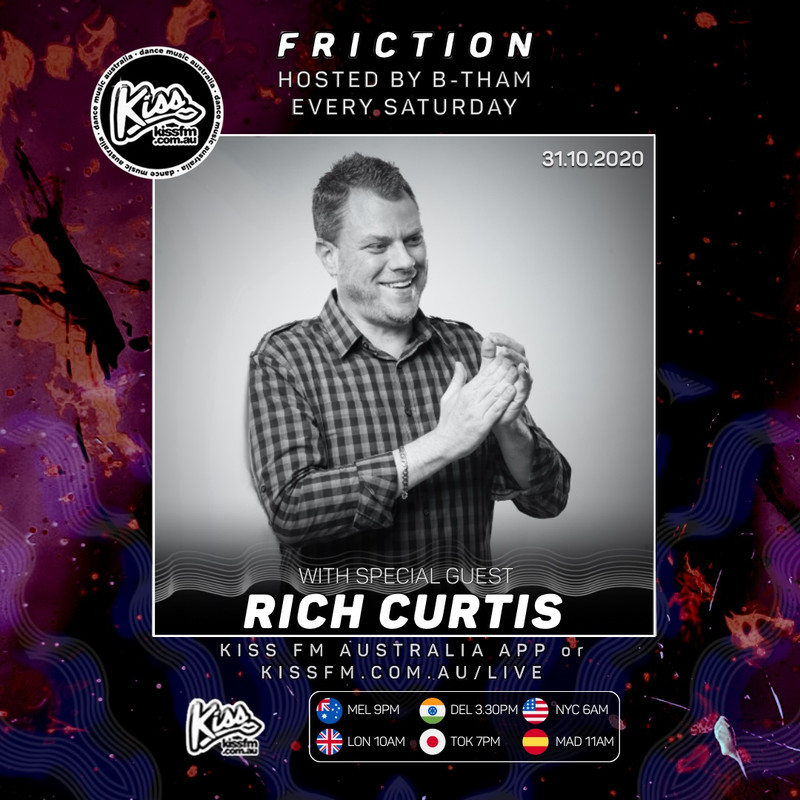