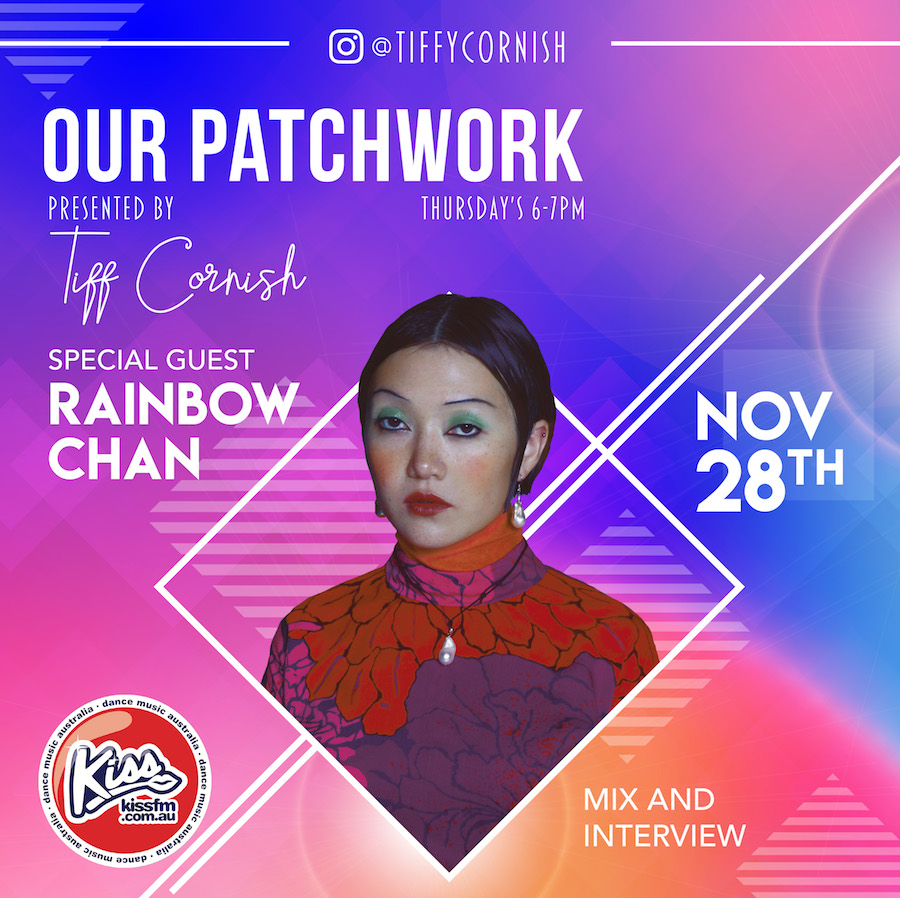 This week on Our Patchwork Tiff is joined by creative, unique and long awaited artist 陳雋然RAINBOW CHAN.

“Rainbow Chan is a vocalist, producer and multi-disciplinary artist who has built a reputation as one of the most innovative musicians in Australia. Driven by a DIY spirit, Chan melds catchy melodies and off-kilter beats made up of field-recordings and found sounds. Both heartbreaking and tender at once, her idiosyncratic brand of pop holds a mirror up to diasporic experiences, and also deeply personal tales of love and loss.

Additionally, her musical installations have been exhibited with First draft Gallery, Liquid Architecture, 4A Centre for Contemporary AsianArt and I-Project Space, Beijing.

Chan is a passionate mentor and has worked with MusicNSW, I.C.E Parramatta, Hack Sounds and Bunga Barrabugu programs at Sydney Conservatorium where she teaches in Bachelor of Contemporary Music Studies.

With a flair for diverse and nuanced songwriting, Chan is currently signed to Gaga Music Publishing and has produced sound tracks for ABC web documentary, “The Glass Bedroom” (2017) and a live score forArt Gallery of NSW’s “Starburst”: Chinese Film Season (2018).”