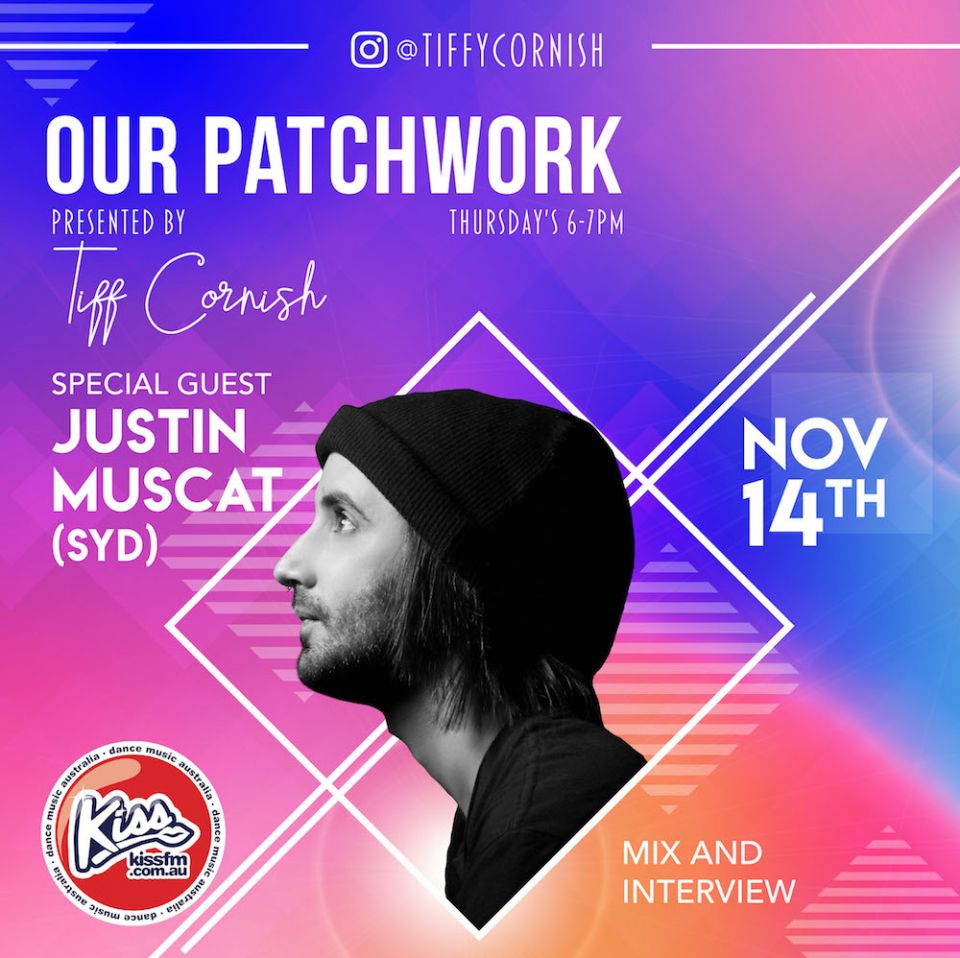 This week on Our Patchwork Tiff is joined by SYD based Producer & DJ – Justin Muscat!

“Justin Muscat is the sound that will have your earbuds satisfied right to the core.

Sydney based DJ & producer who started his journey on the other side of the spectrum, growing up in a musical household, he played piano for 8 years before discovering his love of electronic music. He went onto fulfilling his love for DJing & producing since the age of 16 on the shores of Jervis Bay, South Coast of NSW, then quickly smashing his way through the Sydney House & Techno scene.

Securing his first gig at Sydney’s infamous Oxford Art Factory in 2013, he has since gone on to play in Sydney’s leading underground clubs, consistently playing at iconic venues such as Chinese Laundry, Civic Underground, Club 77, Goodbar, Burdekin Hotel, Tokyo Sing Song & a number of festivals under his belt. Then his music was lead to be performing both nationally (Regularly in Melbourne, Western Australia tour & Brisbane) & internationally (Greece, Hong Kong, Fiji & Bali).

Due to so much love for music & it’s culture around it, Justin started a lifestyle brand called ALLFRIENDS which mother’s events, record label, clothing & AV hire. It’s a full blown music community which has made some real noise in Sydney city, Australia wide & even overseas. Check it all out here: www.facebook.com/sydneyallfriends | www.allfriendsofficial.com

Justin Muscat is the sound that will have you hooked.”