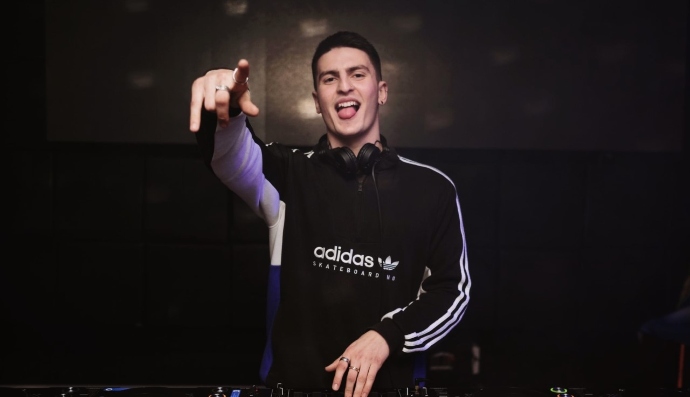 We are coming out of lockdown and we are catching back up with one of  biggest Melbournes up and comer’s on NIK KASTEL on  Opendeck with Veezee featuring kicking off from at 8:30pm on Thursday 28th of Oct

NIK KASTEL is a 20 year old self taught DJ and Producer based in Melbourne. With only a little of under 2 years experience in the scene, NIK has grown and progressed from his Melbourne made minimal sound into an electrifying, deep and dark Techno, diversifying from a day time groove, to raw and industrial mind melters. With the inspiration of like-minded individuals both locally and internationally, NIK has broken through and created waves around the Melbourne underground scene in 2020 & 21, whilst at the foreground of one of the most difficult times for the music industry.

With the release of his independent debut record ‘Dawn’ only 1 year into his production journey, along with his collection of remix’s and mixes, NIK’s music has stacked up over hundreds of thousands of plays, spreading across Australia, UK, Germany, USA and more. He has had the delight of spinning tracks at some of the most famous venues and events in Melbourne such as The Timber Yard, Tramp Bar, Cloud Nine and Levels. In addition, NIK has shared the pleasure of playing amongst some of the industries finest such as Laura King, Yanzo, Sammy La Marca, Brian Fantana, Spacey Space, Handsdown & Leigh Boy, Joel Fletcher and even international trance masters Morten Granau and Freedom Fighters.

NIK is destined for more success and with his continual development of character, hardworking attitude and grateful frame of mind of the ones around him, the sky is truly the limit. A NIK KASTEL set experience is a must have and one you would not want to miss.