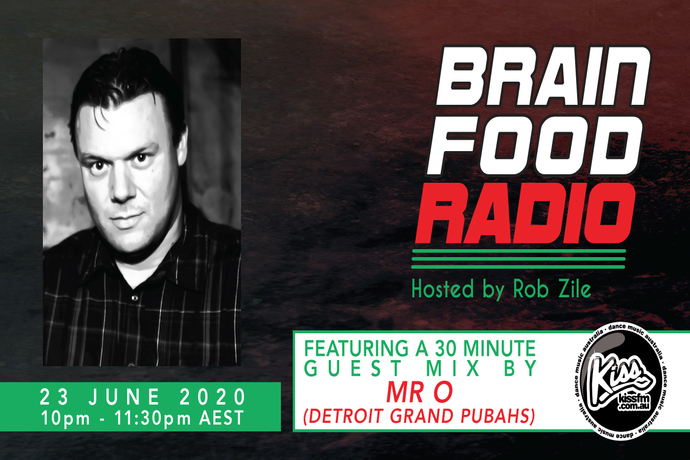 MR O
EPM’s co-founder and one half of the Detroit Grand PuBahs, Oliver Way has been a recognised figure in the Techno scene for some time.  As a DJ since 1991 and subsequently releasing under his own name in 1998 on Urban Substance Records before joining the Electro / Techno / Funk outfit Detroit Grand PuBahs in 2002.  Taking up the pseudonym (The Mysterious) Mr O he produced alongside Paris the Black FU for their own Detelefunk label.  He has collaborated with Ben Long (Space DJz) on numerous releases and provided remixes for labels like Torque, Engineroom, Beard Man and BulletDodge Records.

In April 2018 he delivered his debut solo album ‘From The Shadows’ (EPMmusic – EPM63) which draws from a lifetime spent behind the scenes in contemporary electronic music.  “I wanted this album to cover the different styles of electronic music that I have been into over the last 25 years taking in dub/reggae, breakbeats, electro, ghetto tech, house and of course techno.  Using the PuBahs ethos of an album being an opportunity to experiment and take the listener on a bit of a journey, in this case a musical timeline of my life.”  It was followed by a host of outstanding remixes from the likes of Robert Hood, Aphrohead (Felix da Housecat), Scan X, Ben Sims, Plaid, Si Begg, Plaster and Exzakt & BFX.

2020 will see the return of Detroit Grand PuBahs and their labels, Detelefunk and Engineroom.

The PuBahs are no novelty act.  There is method to the madness and bass in the badness.  It’s all about personality and a mission to put the fun(k) back into techno.  The teaming of Mack Goudy Jr. (aka Paris the Black FU) and Oliver Way (Mysterious Mr O) was a natural disaster waiting to happen.  Miraculously, the personalities of these two tweaked characters seemed to compliment each other perfectly and instantly bonded them together.

The original PuBahs started out on Brian Gillespie’s tiny indie, Throw, label, releasing the underground club hit ‘Sandwiches’.  When a Jive Electro A&R man, dutifully out buying records at a local strip club heard it, he immediately knew he had something special and prepared to unleash it on the world.  Since then, they’ve scored a pop hit in a number of countries and an underground classic worldwide.

Their debut LP, ‘Funk All Y’all’, a mixture of funk, techno and a healthy dose of the bizarre was a call to arms for techno to get down like a sex machine whilst the second long player, ‘Galactic Ass Creatures From Uranus’ on Steve Bug’s Poker Flat imprint, spawned two club hits with ‘The Clapper’ and ‘Big Onion’.

In 2005 they launched their own label, Detelefunk (or to give it its full title: Detroit Electronic Funk), and the end of 2008 saw the release of their 3rd album titled ‘Nuttin’ Butt Funk’.  Whilst this album featured the Funk hit ‘Rolling Papers & Bush’ (a song about George Bush’s war on drugs), the album was to remind people of their techno influences, something the previous 2 albums hadn’t touched on so much.  Following a host of EPs and a remix album, they delivered their 4th album, ‘Madd Circus’ in 2010, and launched their Engineroom label the following year with a special 2-part reissue of ‘Sandwiches’ featuring remixes by Dave Clarke & Mr Jones, Ben Sims and Marc Romboy.

Adding more steel to the PuBahs roadshow this non-stop techno/electro act has been all around the world and back, taking their electronic lo-fi funk into clubs and large festivals alike, either as a full band, or their ‘semi live’ shows incorporating live elements into a DJ set.

After a 4-year hiatus Detroit Grand Pubahs return in 2020 and are restarting both their Engineroom and Detelefunk labels.  A few remastered reissues will be followed by new PuBahs material in the autumn.

Check out Mr O’s music below then listen to Brain Food Radio on Tuesday night for his EXCLUSIVE guest mix!