FRICTION welcomes local Melbournite MONTANA back for another mix on Friction this Saturday at 9pm on Kiss.

Montana has had a love for music from a young age,growing up with around her father being a technician and specialising in old 60’s radios there was allways a strong musical calling in her life. At the age of 16 she happily attended her first outdoor festival (Rainbow serpent festival 08) she knew back then music was going to play a huge role in her life. Montana spent years crafting her sound from experiences on the dancefloor, she knew from the things she’d heard and been a part of that she had to make the move behind the decks and production one day.

She loves nothing more then Taking you on a dancing journey and has a knack for keeping the good vibes going from start to finish she has also started a new production project with a dear friend (Alastair- Legohead) called “project A:M” 2021 her goal is to set a lot of the extra time into her music production, stay tuned! 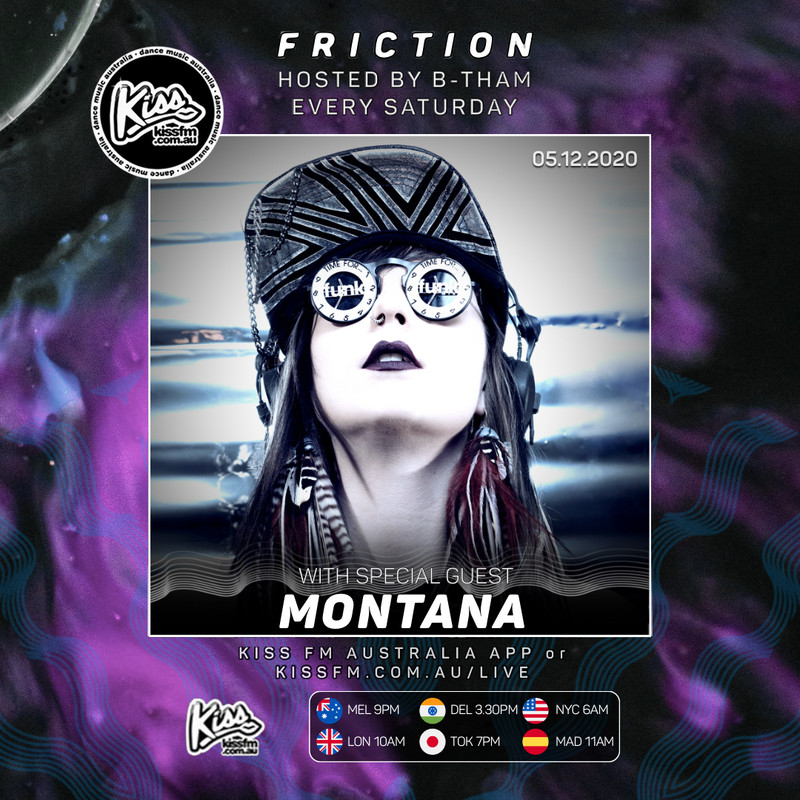