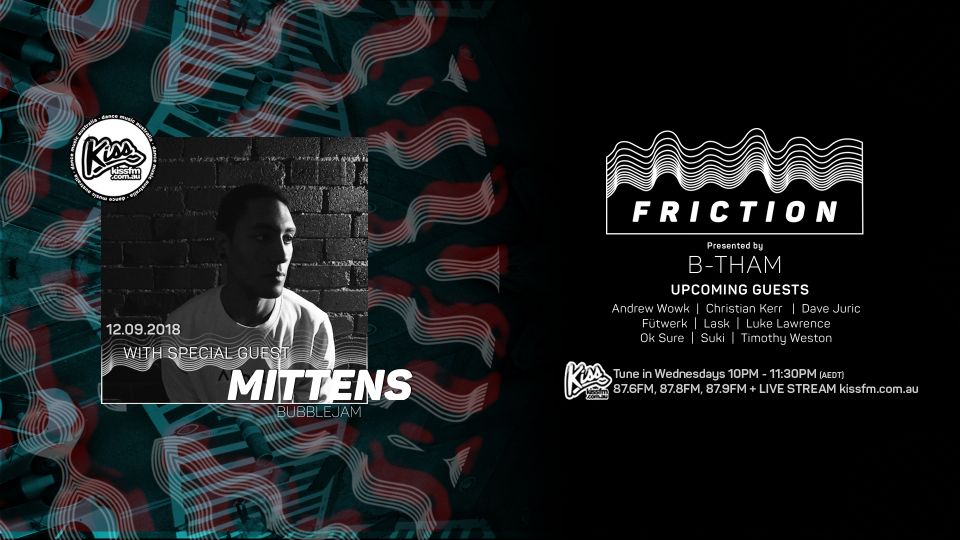 FRICTION welcomes MITTENS from BUBBLEJAM. Mittens is no stranger to the Melbourne scene frequently playing at My Aeon and a favourite on the Melbourne local bookings. Catch him this Wed on Friction.

Mittens is the stage name for, Miers Kanini-Parsons, a music producer and DJ originally hailing from South London, currently based in Melbourne, Australia. Miers first practiced as a heavy metal drummer before beginning his journey in electronic music production in 2014. This affinity for darker sounds has carried through to his current techno production, integrating urban and industrial sounds with heavy kicks to explore the darker elements of the human experience.

As a part of the Pelican Villa crew, Mittens also delivers high energy techno sets that explore deep, industrial themes while also maintaining positive vibrations on the dancefloor. He has played premier underground clubs around Melbourne, such as My Aeon and Revolver, and has also at Maitreya Festival, Burning Seed and Babylon Festival. 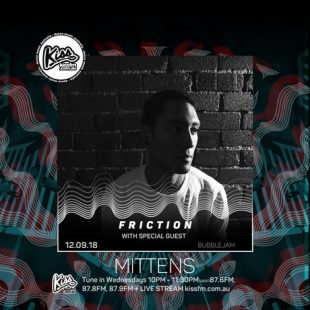 Check out last weeks episode below to keep you grooving until this Wed at 10pm, and remember to keep tuning into Friction every week as we welcome the following guests up to the Friction waves, including Andrew Wowk, Christian Kerr, Dave Juric, Fütwerk, Lask, Luke Lawrence, Ok Sure, & Suki.