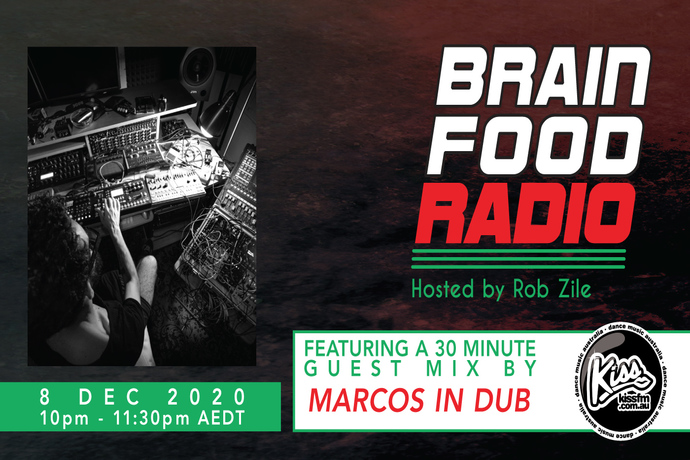 Some say due to social determinism, we are little more than what our environment and our social realm permits us to be.  Is this really true?  In the case of Marcos In Dub we could say yes.   When you grow up in surrounded by funk, house and hip hop it is most likely you end up being a delinquent with a criminal record or turn into a mater of groove with a collection of records.  Luckily for Monsieur In Dub it was the latter. In the beginning broken beats were his daily bread, constantly consuming rhythms.  As time passed he began exploring new sounds and techniques, always pushing the boundaries.  Within no time, music became his life.

After many years of a solid trajectory in the booth, Marcos In Dub always delivers to any dancefloor-  from Cairo to Berlin, to his long time residency at Goa Electronic Parties in his hometown, Madrid and anywhere and everywhere in between.

In the studio Marcos shines even brighter.  Along with his girlfriends,  excuse me, machines, he is constantly producing, be it classic house sounds or dark techno riffs to disco infused funk, Machine In Dub never stops.  His repertoire is beyond eclectic, but his sound is consistent in both quality and creativity.

Whether it be a release on labels such as Poker Flat, Highgrade, Suara, Vibe Me, SNATCH!, Sincopat, w0rkt34m, Cyclic, Novotek, Extravaganza or Fantastic Friends Recordings or remixing artists such as Danielle Nicole, or Nicola Gala to name a few, this Madrileño always pushes his productions to the next level, taking the listener on a mental trips that transport the mind and body to the nth degree.

Although it doesn’t seem that there are enough hours in the day for Marcos In Dub to do all that he does, he manages to not only lead a successful career as a DJ and producer, but he is involved in many different projects and collaborations, as well as releases more solo work under different monikers. From Los López to Rooteo & Mahura, he is always exploring sounds and rhythms and luckily, we are along for the ride.

Marcos in Dub – Talking with Machines 2017 – 2020
Five volumes with a bunch of unreleased tracks composed and recorded by Marcos in Dub at noise/warfare studio in madrid between 2017/2020
For sale exclusively on www.midtrax.bandcamp.com

Check out Marcos in Dub’s music below then listen to Brain Food Radio on Tuesday night for his EXCLUSIVE guest mix!