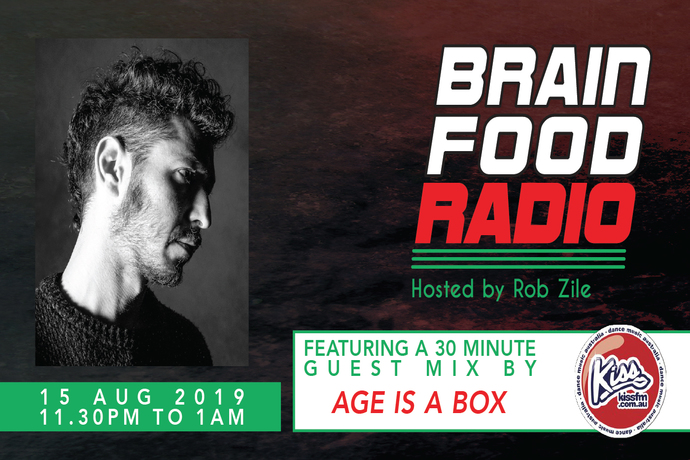 Age is a Box is a blend of abstract ambience, indie electronics and pop songs. It’san emotional tornado. It can be a party, it can be a soundtrack, it’s a state of mind.

Israeli artist-producer Noam Helfer makes a bold return under the new moniker Age is a Box. Helfer is one of the prevalent forces behind Israel’s indie underground music scene. The artist-producer from Tel Aviv has worked with a plethora of artists including Oren Lavie, Tesha, Folo, Kitzu and Sasha Daniel and is known for combining acoustic instrumentation and field recordings with electronic manipulation and beats. Marrying organic and synthetic textures as well as live instrumentation and digital sound; deep pensive ambience clashes against lively, upbeat rhythms and heartfelt vocals.

Age is a box is now the manifestation that finds Helfer back on the stage, collaborating with the like-minded musicians Eylon Tushiner (Keyboard, Saxophone, Vocals) and Nir Leist (Bass, SynthBass, Vocals), Nir Mardan (SPD and Acoustic Drums), Noam Helfer (Vocals, Guitars, Electronics) and provides a canvas for personal expression that allows the musician to share his matured sound. Revolving around an 8 track debut album called ‘One by One’, each track represents a state of mind, influenced by the contrasting relations between individuals and their inner selves. This album will be released in 2019 via London’s Boutique Label – NeedWant.

Having already found recognition from Noisey, Spin and Dummy for his previous solo project, Helfer, Noam have long established himself as an international artist at the forefront of Tel Aviv’s independent electronic music scene. With this enticing return to the public domain, his hit-making potential is becoming unavoidable. Known for crafting mercurial soundscapes, the inspired artist’s sound encapsulates the electric atmospheres of Nicolas Jaar, Forest Swords, and Bonobo, and the soulful immediacy of Kaytranada and Sylvan Esso.

The artist-producer originally turned solo after touring and releasing albums with former bands Folo and Kitzu via Anova Music. Later signing to Israeli label BLGD5 Records, he dropped his acclaimed debut EP ‘Air Drops’. After a period on the European festival circuit, playing Fusion, Pohoda, and United Islands, Helfer immersed himself in the studio, spending several years producing albums for other artists (Oren Lavie, Tesha) and creating soundtracks for indie movies. Age is a box now marks Noam’s return to creative collaborations and the stageand draws inspiration from the experiences he has gathered “one by one”. Aptly, the forthcoming EP will be titled ‘One by One’ and is co-produced by Roy Avital (Garden City Movement, Totemo).

Check out Age is a Box’s music below then listen to Brain Food Radio this Thursday night for his EXCLUSIVE guest mix!