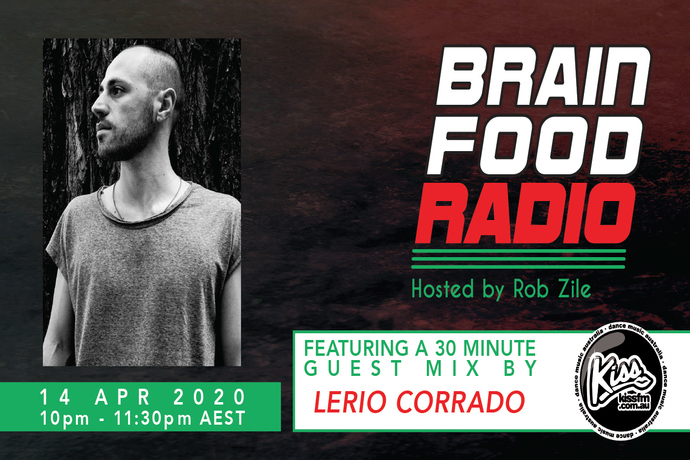 Lerio Corrado is a DJ and producer based in Naples (Italy) who has been making waves with his cutting edge style of techno released on imprints like Pan-Pot’s Second State, Carl Cox’s Intec, Christian Smith’s Tronic and Markantonio’s AnalyticTrail. The club scene in Napoli is one of the best in the world for techno and Lerio Corrado is considered to be a driving force who is leading from the front when it comes to helping push electronic music in his part of Italy. He has played on line-ups with some of the world’s best known DJ’s and his peak time tracks have been supported by people like Richie Hawtin, UMEK, Pleasurekraft, Joseph Capriati and Adam Beyer.

Fascinated with synthesisers from a young age, he first discovered electronic sounds through bands like Depeche Mode and David Bowie and started to experiment with making his own music at the age of just 13 years old. It wasn’t until Lerio was old enough to get into night clubs that he got his first true taste of electronic music, as living in Naples he was exposed to local DJ’s like Rino Cerrone, Marco Carola, Gaetano Parisio, Markantonio and Danilo Vigorito, who at the time were pioneering a new style of music that was introduced to him as “techno . Inspired with what he was hearing in the local clubs it wasn’t long before Lerio got his own set of decks, and after perfecting his skills, he started getting booked to play at many of the best techno parties and clubs in his hometown.

Making music as a solo project, he eventually signed his first record to a small label called Eclectic Records. After a couple of very popular releases it wasn’t long before Lerio Corrado made his first album called “Parts Of Rhythm”, and this was also his first taste of charting on Beatport when the track “Glasswork” went top 50 for many weeks. Continuing to release solo tracks, his career took a turn when he met Markantonio and the pair struck an instant rapport. Markantonio used one of Lerio’s tracks “Neapolitan Coffee” in a compilation he was putting out on his label AnalyticTrail and after becoming one of the most popular tracks in the mix, Lerio Corrado was soon asked to do a solo EP for AnalyticTrail, debuting with Music Express.

Lerio Corrado and Markantonio now regularly collaborate on music together and Lerio also continues with solo productions for high profile labels such as Second State,Unrilis,Tronic, Little Helpers and more.

Check out Lerio Corrado’s music below then listen to Brain Food Radio on Tuesday night for his EXCLUSIVE guest mix!