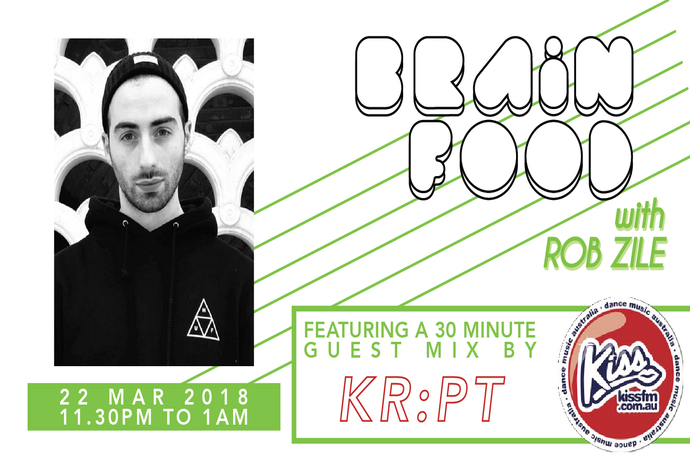 Kr:pt is a dj and producer based in Berlin. He is a big supporter of the ‘art of spinning,’ he plays trippy analog sets that move the dance floor.

Kr:pt has played sets at the most important local venues such as Club der Visionäre, Salon zur Wilde Renate, Kosmonaut, Weekend, Else, Hoppetosse and at the historical Tresor hosting his events as Damage.  His first international gig was in Hong Kong at Oma in December 2014. He has also played at Slakthuset in the ‘underground stockholm’ warehouse in Sweden in 2015.

Kr:pt’s ‘Black Damage EP’ on Sub Records was his debut release on vinyl in 2016. It included a collaborative remix by Andrea Belluzzi and Miss Sunshine. A few months later, he launched his own events project called ‘UMGNG Music,’ showcasing the new techno brand at Kosmonaut Club.

Check out Kr:pt’s music below then listen to Brain Food this Thursday night for his EXCLUSIVE guest mix!