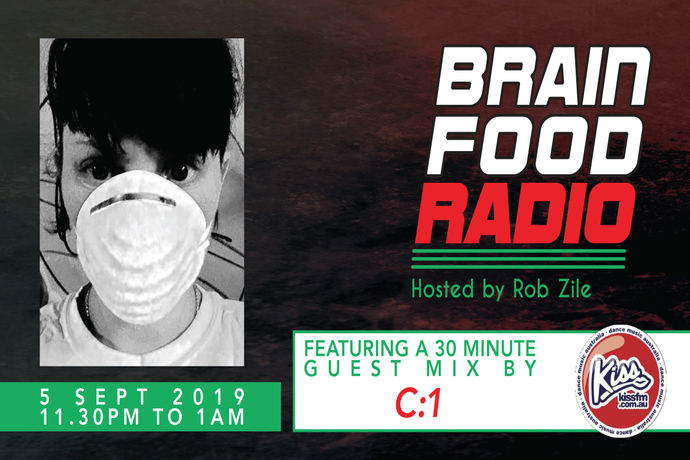 With precision cuts, and a steadfast loyalty to vinyl, C:1, has etched a name for herself among the best in Melbourne’s underground electronic music scene, playing alongside some of the world greats such as; LTJ Bukem, Doc Scott, Klute, Amit, Skynet, Dbridge, Digital, DJ Godfather, Egyptian Lover, DJ Hype, Kenny Ken, DJ SS and Aphrodite.

Cam C:1’s journey began in Brisbane circa ‘96, developing a taste for happy hardcore, and then the amen break via a mixtape made by Melbourne legend Atom1.

After months of collecting and practice in the 1990’s, Cam organically met Kazu Kimura and Patrick HAF  / The Sentinel (Southern Outpost), who’s influence of which would later help develop over 80% of Cam’s philosophy as a DJ. It was through their guidance, that Cam began to refine her craft, with Patrick soon becoming her mentor. Cam began extensively playing the Brisbane underground techno circuit as DJCam, eventually developing the Junglettes alongside; Kim (De La Haye), Alison (Gidgette) and Kristen (Specimen/Cypher). The jungle quartet fast made a formidable name for themselves within the drum and bass scene culminating in a supporting spot with the legendary DJ Storm.

After exhausting the Brisbane club circuit C:1 made the move to Melbourne around 2007, carrying with her the reputation of the Junglettes. Spinning a combination of jungle, ghettotech and techno at a regular gig known as MoreBass at Ace Morning (now My Aeon), and fast became a household name in the Melbourne jungle scene and in 2009 Cam began working with Twisted Audio, landing herself notable support slots for Prehistoric beats featuring Kombat Bass (Fenton and Fickuss) in October of 2010, Mickey Finn + Shabba D in 2011, Kenny Ken and DJ SS in 2012 and many more including an epic b2b set with Token at the 2015 instalment of Tribe which included names such as Spor, DLR, Marky Mark, and Spikey Tee.

Now settled in Melbourne, C:1 is known for repping top shelf  Jungle, Booty House, Ghetto Tech, Electro, Acid & Detroit sounds.  With precision cuts and a vinyl collection that would make any selekta salivate; she never fails to inspire and educate.

Check out C:1’s music below then listen to Brain Food Radio this Thursday night for her EXCLUSIVE guest mix!