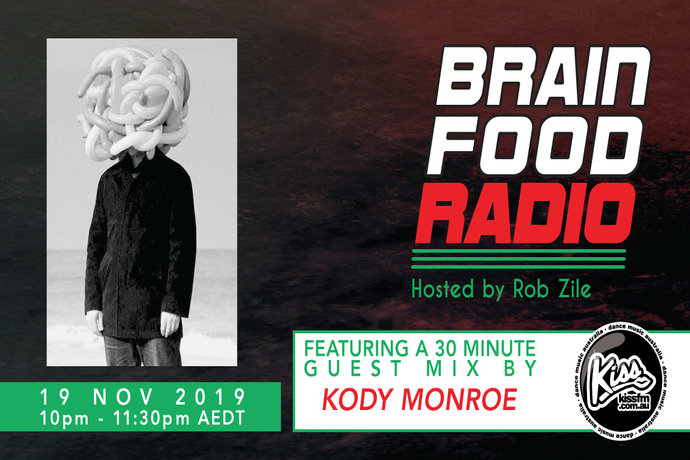 Raised on the British house scene Kody Monroe soon became a house fanatic and when his passion for the music could not be sustained with dancing alone he taught himself the art of mixing and producing. His style is heavily influenced by the emerging sounds of today’s deep tech scene and 90’s hip hop, infusing funk percussion elements with dark dubby soundscapes.

Check out Kody Monroe’s music below then listen to Brain Food Radio at the new time of 10pm to 11:30pm tomorrow night for his EXCLUSIVE guest mix!