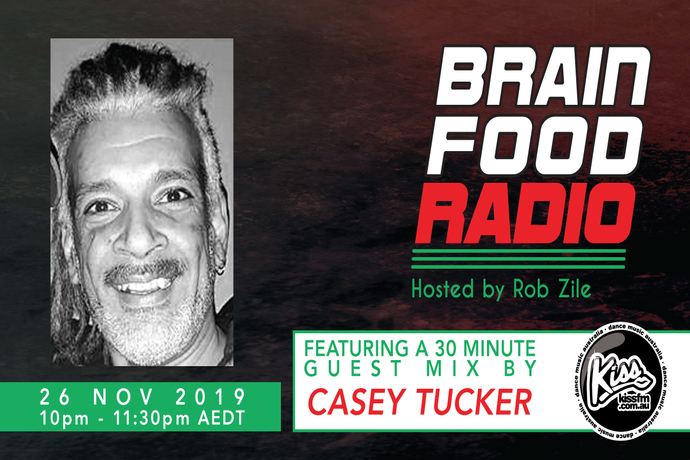 Casey’s musical career spans over three decades having taken up producing in 1989 following a love affair with Acid House the year before.

He made his vinyl debut in 1990 courtesy of fellow city band, Shades Of Rhythm, when he appeared on the B side of an obscure limited edition release called Fenland Bass.

In 1991 Casey was signed to Richie Hawtin’s legendary techno label Plus 8 Records and over the next 4 years he released a number of singles and projects under the names ‘0733’ and ‘VFT’.

Casey set up his own label, Fine Balance Records, in late 1995 and released a couple of limited edition EP’s under his own name, the ‘Carpet Dancer EP’ in 1996 was followed by the ‘Accumulated Knowledge EP’ a few months later in early 1997. Both EP’s have since gone on to become highly sought after rarities.

Today, Casey continues to produce deep underground house & techno from his studio in Peterborough UK, where he blends past influences together with present day technology to create unique sound concepts that he releases on his label in both digital and vinyl formats.

Check out Casey Tucker’s music below then listen to Brain Food Radio at the new time of 10pm to 11:30pm tomorrow night for his EXCLUSIVE guest mix!