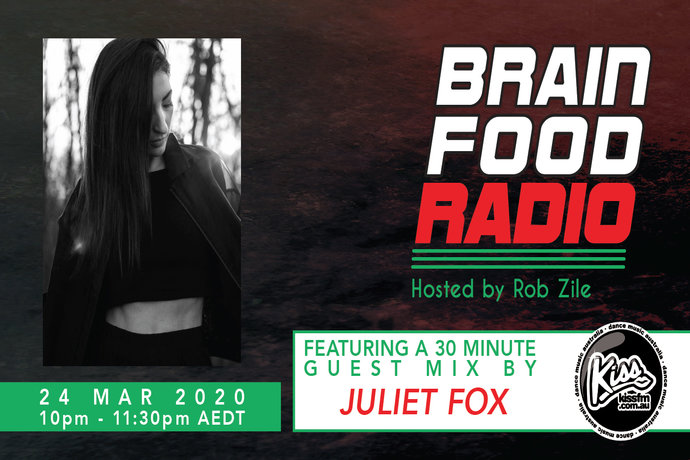 A penchant for driving, mesmeric techno has driven Juliet Fox’s evolution in recent years. Based between Ibiza and Berlin, Juliet’s global profile has been further bolstered by a string of releases through prominent record labels Drumcode, Filth On Acid and Kraftek. An energetic and motivated presence behind the decks, with a taste for high-impact tracks from techno’s formative years through to present-day, her tour schedule has become increasingly packed with an impressive run of high-profile club gigs and festival pickings.

Born and raised in Adelaide, Australia, she was drawn to club culture’s liberating form in her early teens, quickly becoming fascinated by the art of DJing through Jeff Mills, Kevin Saunderson, Sven Väth, Richie Hawtin and Carl Cox. Experimenting with mixing and producing in the early ‘00s, she knew moving to Europe would be a vital step in fulfilling her club-rooted, creative ambitions. In 2010, she’d relocate to Ibiza and from there she’d frequently move, giving her the opportunity to progress and immerse herself in Europe’s vibrant clubbing meccas, from Ibiza to London and Berlin. Living in Berlin would prove to be a significant step in Juliet’s development as she quickly landed gigs at Chalet, Sisyphos, Ritter Butzke and Watergate, among others. Through connecting with local creative collectives, she’d also hone her craft as a producer, experimenting with using her own vocals which has since become a permanent fixture and led to various collaborations,

Juliet’s sound had become a more vigorous, straightforward breed of techno, as inspired by Berlin’s ever-thriving club scene. Releases through labels Set About, Upon Access and Odd Recordings would lead to a signing for Adam Beyer’s established A-Sides compilation series on his seminal Drumcode label. Spurred on by her rising profile, 2019 would see her drop a stream of notable tracks through Los Angeles-based Octopus Black Label, Reinier Zonneveld’s booming imprint Filth On Acid, and her collaboration with UK duo Spektre on Pleasurekraft’s imprint Kraftek would further establish her as a sought-after producer with it reaching over three million Spotify streams to date.

A passionate traveler, the globetrotting lifestyle is a great source of inspiration for Juliet as she pushes herself to experience the new. Playing to clubs and big-stage festivals in Australia, much of Europe and North and South America, 2019 has been a continuous source of tour highlights. From BPM Festival in Portugal, to EXIT Festival’s first ever live LIFE Stream from the NSDM Crane Hotel at ADE, a debut at Buenos Aires’ hallowed haunt Crobar, and following a second appearance on the A-Sides compilation series, she’d join Beyer for a run of Drumcode shows in London, New York and Orlando.

2020 kicks off with an Australasia and Asia tour, and a return to record labels Kraftek and Filth On Acid, meaning Juliet’s allegiance to the dancefloor will continue to connect with her clubbers global-wide.

Check out Juliet Fox’s music below then listen to Brain Food Radio on Tuesday night for her EXCLUSIVE guest mix!