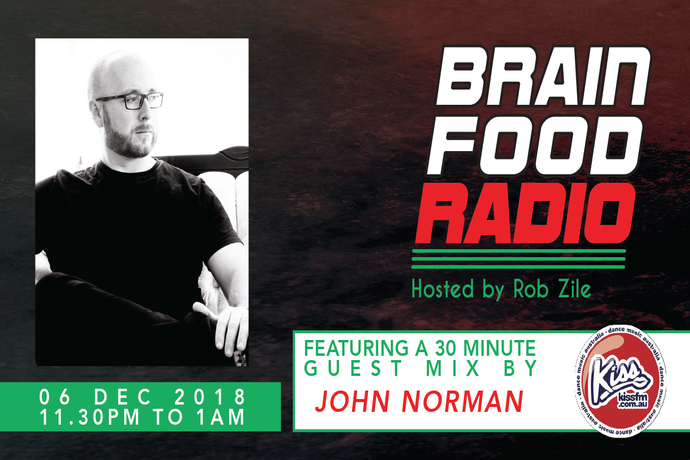 “Firmly rooted in Detroit sound, but holds the mark of the Canadian landscape” (Faze Magazin). John Norman’s signature blend of techno and is one that is turning heads around the globe. Whether through his live performances, original tracks, or remixes, his obsession with sound can be heard loud and clear. John has established himself as one of the new and exciting voices in the techno world with his rhythm driven yet melodic productions, having caught the ear of dance music luminaries such as Kevin Saunderson, Dubfire, Adam Beyer, Richie Hawtin, Todd Terry, and Carl Cox. John has played across the Western Hemisphere, including sets at Amsterdam Dance Event, Movement Festival showcases in Detroit, Gorg-O-Mish in Vancouver, and clubs in London, Ibiza, Chicago, New York, Toronto, Montreal, Minneapolis, and more.

“His passion comes out in an interesting mixture of straightforward Techno with Detroit-Flair and some infectious dynamics – a tension somewhere between Ibiza, Berlin and Los Angeles” (Mixmag Germany). You can find John’s music on renowned imprints including Kevin Saunderson’s KMS Records, Todd Terry’s Terminator Records, Torsten Kanzler’s TKR, Thoughtless Music, Natura Viva, Funk’n Deep Records, Hijacked Records Detroit, Stripped Muzik, RF Music, and his own UNT, which he has crafted into an international hotspot for emerging techno artists from around the world to Unite, Nurture, and Transcend with their music. John is also the creator of Feedback Loop, a workshop concept providing candid and real time feedback to emerging producers in interactive listening sessions. Recognized among fellow DJs and clubgoers as a highly skilled technician behind the decks where he continually stretches our conception of techno, his creations and keen selection of the very best sounds have gained him the respect of the music lovers he encounters.

Check out John Norman’s music below then listen to Brain Food Radio this Thursday night for his EXCLUSIVE guest mix!