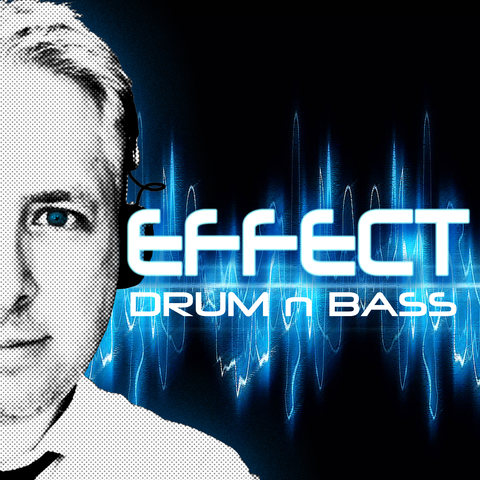 Effect currently resides in Melbourne, Australia but grew up and lived for many years in London. His influences from a young age were hip hop artists such as Public Enemy and NWA.

His first experience of hardcore music came in the early 90’s after listening to the famous Top Buzz set from Fantazia New Year’s Eve 1991/1992. Shortly after, Effect started tuning into different radio stations such as Don and Dream. His favourite DJ at the time was Trace due to his unique style of incorporating scratching, transforming and mixing hip hop acapellas over the top of hardcore records. Effect was also heavily influenced by DJ Hype and DJ SY.

Effect purchased his first set of turntables in 1993 and started buying and mixing hardcore records. His enthusiasm for hardcore music grew and he spent many years frequenting events such as Desire, Swing and Fantazia. He also got drawn into the Darkcore sound being played by DJ’s such as Tango and Ratty and would often visit regular nights being held at the Eclipse Club in Coventry.

His first DJ break came in the mid to late 90’s when he was given the opportunity to play on a string of radio stations including Rinse, Life and Rude. He also started playing at clubs in and around London and was proud to play several times for the Best of British crew.

Also, around that time, Effect decided to pursue music production, and with guidance from Nico at No U Turn Records, bought an Atari, sampler and keyboard. Working on producing in his spare time, Effect went on to play many of his own tunes on dub-plate and even wrote an album which never saw the light of day.

In 2010 Effect joined Origin and hosted a Thursday night show from 10-12pm alongside MC Hotrox before taking a break in 2015 to move to Australia. After re-joining Origin in 2016, Effect now hosts a Tuesday lunchtime show from 12-2pm in London which reaches out in Melbourne on Tuesday nights. What you get with an Effect show is a wide spectrum of drum & bass music including liquid, rollers, tech step and neuro with the odd scratch attacks thrown in for good measure. He also likes to mix it up with the odd occasional hardcore show and from time to time features special guests. Recent guests have included Tim Reaper (UK), Nelver (Russia), Undefined (NZ) and Zemla (Melbourne).

Since arriving in Melbourne Effect is proud to have played at many local venues and has represented a variety of local crews including The Tech Collective, Dance Mission and Enigma Sound. His proudest moment was being given the opportunity to play a support set before Dom & Roland at the legendary Grumpy’s venue in Melbourne.