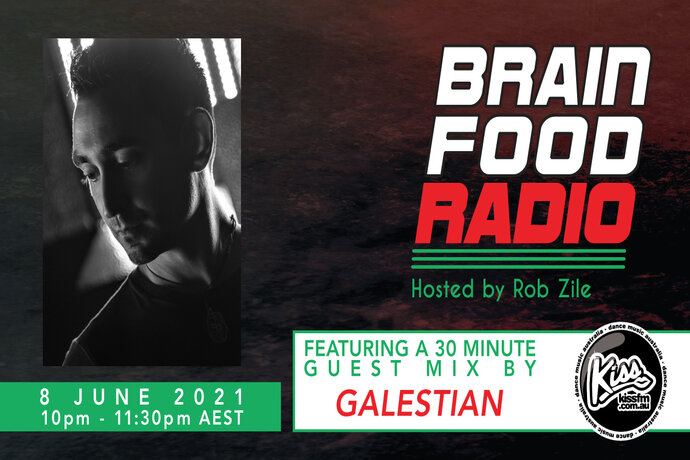 His professional life in music began on public radio station KUCI 88.9 FM in 2003, where he hosted a weekly radio show for nearly a decade. His guests included world-renowned artists such as Carl Cox, Dubfire, Above & Beyond, and Armin van Buuren. Today, his monthly ‘Global Entry’ radio show is syndicated worldwide on over 50 outlets including Mambo Radio 89.4 FM in Ibiza and di.fm.

In 2017, Galestian signed to Paul Oakenfold’s Perfecto Black imprint and was featured as a guest on his Planet Perfecto Radio show (episode 383), reaching over 27 million listeners in 70 countries.  In 2019, the two collaborated on a track called “Summer Nights”, celebrating Perfecto Black’s 50th release, which was featured in publications such as Dancing Astronaut and DJ Mag Latin America.

In April 2021, Galestian released an EP called “Hindsight” with Sebu from the Grammy-nominated band Capital Cities, including a remix from underground house and techno stalwart Olivier Giacomotto. The genre-crossing release continues to garner club and radio support from the industry’s most influential electronic music artists.

Gallivanting from North America, Europe, and Asia through iconic places such as Nevada’s Burning Man to Sankeys Tokyo and Germany’s renowned music festivals, his love for music is as unstoppable as his love for travel – with over 40 stamps collected in his passport to date. His distinctive music style remains difficult to pin down, covering a wide spectrum of melody-infused genres like deep and progressive house, melodic techno, and beyond.

Check out Galestian’s music below then listen to Brain Food Radio tomorrow night for his EXCLUSIVE guest mix!