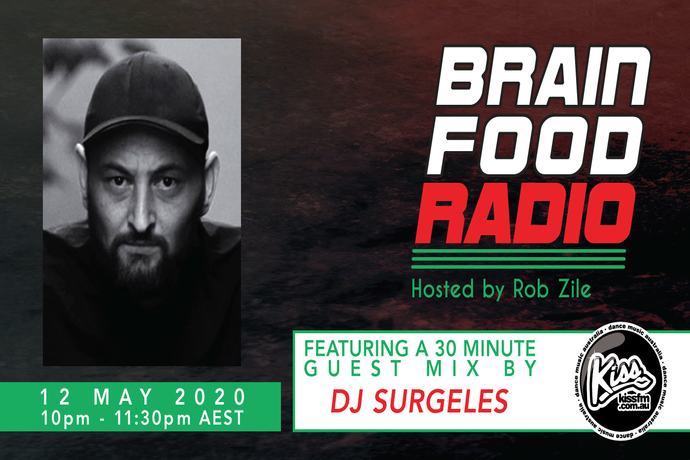 DJ Surgeles (Kole Leijen) is a true musician with a lot of energy. He started digging into his parent’s records collection at the age of five and at the young age of eight his sister introduced him to house music. Soon after that, young Surgeles got his first set of turntables as a present for his birthday and started visiting regularly his local record dealer. While after a couple of years he started producing his own dark, deep and swerving techno.
In 2005, while attending a Jeff Mills’s show, Surgeles managed to give a demo CD to The Wizard. The very next day Surgeles received a personal mail from Jeff Mills claiming that his music sounded great and that it inspired him to let Surgeles make a mix for his Purpose Maker Label. Two weeks later Surgeles’ mix was on Jeffs Mills’ Axis Records’ website for the 10th anniversary of the all-time Techno anthem “The Bells”. ! Later that year, during the Amsterdam Dance Event, Surgeles won a competition hosted by Dave Clarke for the best produced track and was than picked to play on Dave Clarke’s White Noise radio show on 3FM Radio.
Around 2007 Kole started throwing his own parties called ‘Civilized?” at the legendary Escape club in Amsterdam. While 2009 marked the beginning of his career as record-label boss, as he launched his brainchild: ‘Underground Freedom Fighters (UFF) Records’. ! Ever since, the collaborations with Jeff Mills kept on flowing and Surgeles’ consecration came when Jeff asked him to make a compilation for his label, ‘Something In The Sky’. ! In 2017 Jeff entrusted DJ Surgeles to take care of “the Betty Hill Case”, a 12” inspired by the story and the interviews of an American couple, who were allegedly abducted by extraterrestrials in a rural portion of New Hampshire in 1961. 2019 starts very well with a exclusive contract on Axs records and been working with Jeff Mlls on his STR MRKD sub-label since..

Check out DJ Surgeles’ music below then listen to Brain Food Radio on Tuesday night for his EXCLUSIVE guest mix!