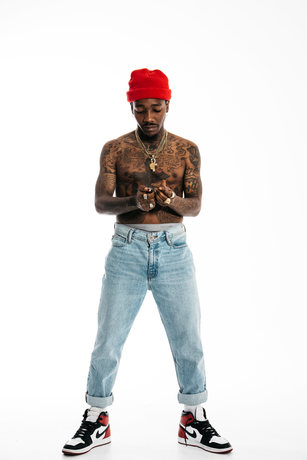 SYS Radio interview Dizzy Wright ahead of his upcoming Australian tour on their show 10th of April, Wednesday 2pm.

Independent rap mainstay and Still Movin’ CEO, Dizzy Wright, is bringing his unmatched energy to and throughout Australia this April with his ‘Nobody Cares, Work Harder Tour’ featuring special guest DJ Hoppa.

With the highly anticipated album dropping on March 15th, the tour celebrates the release of his ‘Nobody Cares, Work Harder’ album, which features the talents of Tech N9ne, Eric Bellinger, Mozzy, Berner, and Curren$y.

Since his debut mixtape ‘The Takeover’ in 2010, Dizzy has amassed a strong and organic fan base across five studio albums, four EPs, and a catalogue of mixtapes. His raw vision, encompassing morals and self-made nature has earned him tour invites from artists like Logic and Kid Ink.  More recently his latest EP ‘Don’t Tell Me It Can’t Be Done,’ took him out of the underground scene and garnered love from tastemakers across the globe.

Having spent significant time on both American coasts, Dizzy has maintained a truly unique signature sound and came to fame by working with Hopsin on ‘Funk Volume’ and collaborations with artists’ such as Logic, GAME and Merkules.

Through his conscious content and pure genius within his lyrics, Dizzy’s music incorporates themes such as world peace, positivity, love, and keeping it real. Off the mic, Dizzy has been smashing goals and new ventures as an entrepreneur through the launch of his streetwear apparel line and retail store, Still Movin’, named after his record label. And if that’s not enough, Dizzy has also self-invested into the production of his own hybrid-strain of marijuana, Dizzy OG, which in 2015 won 2nd place at the High Times’ Cannabis Cup.