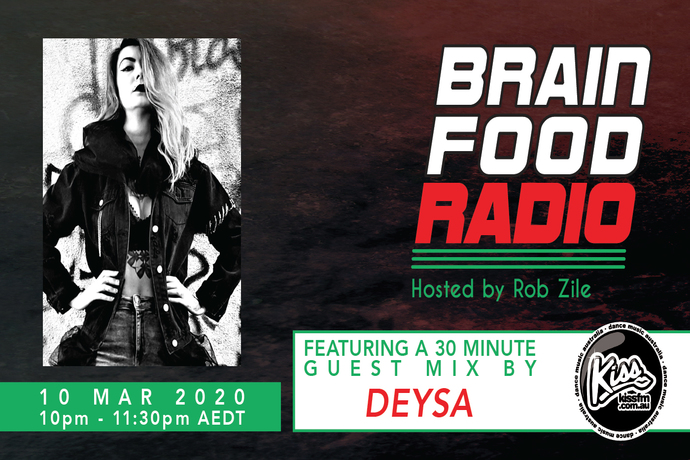 Her story begins in 2009, during “Friday Fever” show on Radio DEEA, the most popular clubbing radio in Romania.

The startpoint of her ascension as a DJ was in 2010 after a mainstage debut, she quickly rose through the ranks and is now one of the main exponents of the new generation. Her presence is greatly appreciated by the underground scene and its public while her sets enchant both Romanian and foreigners and hearts.

In 2011 by Vibe FM Romania she was awarded a place in the Romanian female dj gallery.

From 2019, she is the Manager & Official DJ of LETS TECHNO Records and started working at Square Sound Studio sound design and mastering.

In 2019 her track Bipolar was released on LETS Techno Records Fireworks 20.20 Compilation.

On 06 March 2020 the E.P. Euphoria will be released at Kuukou Records where Dusty Kid is the remixer.

Also for 2020 there are planned more albums to be released at global labels with great remixers backing up the projects.

Check out Deysa’s music below then listen to Brain Food Radio on Tuesday night for her EXCLUSIVE guest mix!