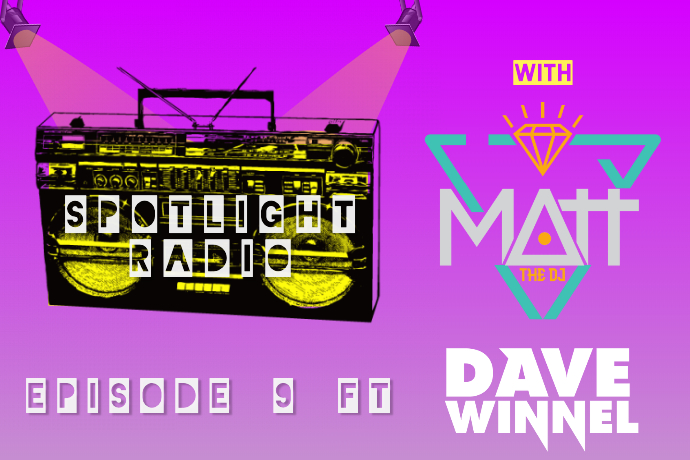 This week I’m lucky to feature Australian dance music royalty. Dave Winnel was the 38th most played artist on 1001tracklists for 2019, & named as TripleJ ́s Artist of the week, Dave Winnel, is going from strength to strength following the success of his Beatport #1 hit & 53rd most Shazamed song in Aus, ‘SmokeMachine’. He’s collaborated with legendary Armin Van Buuren, on ́The Race’, and produced official remixes for Twenty One Pilots, David Guetta, Bastille, Anne-Marie, Clean Bandit, Hardwell, Axwell /\ Ingrosso, Adam Lambert & Galantis, proving himself to be one of the most prolific electronic up and coming acts.

Playing festivals like Tomorrowland and Stereosonic, Dave is conquering the world performing in Japan, France, Bali, Philippines, Hong Kong, Macau, Sweden, Croatia and the Netherlands. Chasing the Sun, Dave takes Amsterdam as his residence for one half of the year and Sydney for the other half. This popcorn loving producer is known for his infectious & fun personality and this shines through his music, blending future/tech house with organic quirky sounding melodies. He has released tracks on internationally acclaimed record labels Armada Music, AXTONE, Def Jam, Size, Ministry Of Sound & Big Beat.

Check out the full interview with Dave below and make sure to tune in on Monday at 6pm for his exclusive guest mix.

Q. At what point did you have the realisation, “this is something I could for a job”?

A. For me it was a gradual transition. Around 2013 I was working at a lighting & Sound production company. I slowly limited my hours there, dropping down from full time to 4 days, to two days. Then I finally Pulled the pin and threw myself in the deep end, I was renting my own place for the first time too so my rent was enormous for the first time which put pressure on me to have to ‘make it work’. There wasn’t one moment where I could quit my job because of a ‘HIT’ single or anything.

Q. What is the one record of yours that you cannot leave out of any set?

A. The unofficial remix I did of ‘Shiba San – OKAY’. I made this privately for my DJ sets but decided to put it on Soundcloud and now it’s my most played song on there.

Q. As a producer, what are some things you wish you had of known when first starting out?

A. To not take myself so seriously and just have fun with it and make music that makes me feel good!! If a release doesn’t go so well then that’s fine. Learn from it… move on to the next one and try again!

Q. What is one genre of music you would rid the world of and why?

A. I really really dislike that really ‘cheap’ kind of music you hear in Youtubers Vlogs. I guess they get it from a royalty free site or something. The type you hear in Casey Neistat, copycat type videos. ughhhhh

Q. What is your fondest memory as a DJ and an attendee at a party/festival?

A. Fondest memory as a DJ was playing at Tomorrowland.. reason why It was so special (apart from it being my First Tomorrowland performance) was having my Brother, Girlfriend and Cousin all there with me. Super awesome moment for me to have them all there at once. Favourite memory as a punter was recently in Ibiza at Privilege for Resistance with Carl Cox. Biblical moment!!!

A. John Williams – Jurassic Park Theme. I think coz of the memories that are attached to it. I listen to it a lot when I’m on a long flight. It’s hypnotic for me.

Q. What is your pose behind the decks when playing a set?

A. The Point (Fist) pump on every drop.

Q. Do you have a post gig food that you always go with?

A. MACCAS. Afterparty for 1 with a Medium Chicken meal on my bed in my jocks watching Breaking Bad.

A. GREAT. I love being apart of a family. It’s so good to be able to send them songs and get instant feedback and have a constant stream of releases coming out.

A. “Have Your Shrooms kicked in yet bro?”

Q. Thing you’re looking forward to the most about restrictions being lifted?

A. That cold bitter froth from the first beer gracing my moustache.

Q. What can people expect from your guest mix?

A. Kicking things off with my new Single ‘Boomerang’… slipping in a cheeky unreleased single coming soon on Armada. Playing a bunch of Disco-y inspired House.