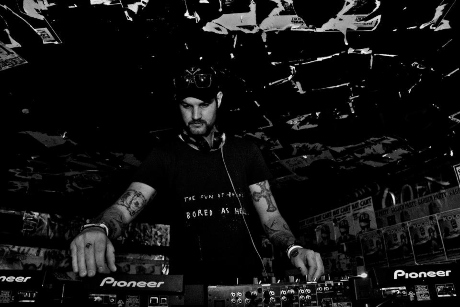 Hailing from Shepparton, Victoria, a small Australian town known for birthing unique talent is where this nation’s hot new export had discovered his life purpose in music. Making his start right at the dawn of an exciting new era when the world had finally embraced the superstar DJ movement in the early 2000’s. prior to this, Jake Cowman acquired his turntables from the young age of 13 years old. He then focused with meticulous attention inhaling hours and hours of DVD instructional videos on the art of mixing; which has now unfolded on what is a music love affair that has lasted for over 15 fulfilled years!

Starting off with an interest in hard trance but then later catching the House Music bug; following on his earlier influence via another Melbourne DJ legend that goes by the name of Boogs. Cowman prizes his gigs and productions with the rich eclectic sound that make Tech House and Deep House all the more phenomenal.

Making his mark with LA Entertainment and then from a notable New Year’s Day event at Airlee Beach, Queensland 2013 which gave him the opportunity to rub shoulders with Ibiza legend Lee John; from that one gig, owed to years of professionalism and a charismatic presence behind the decks had earned Cowman the much-deserved recognition. Having a much larger vision for himself, he then set his sights to take on Australia’s clubbing elite. With his crowd captivating DJ sets all over the nation, quickly earning him his stripes as a well-known regular gun for hire at highly notable venues such as Tramp, Wah Wah, Cloud Nine, Skky Bar, Mad Haus and The Down Under bar to name a few.

With gradual focus, Cowman has been busy in the studio for a number of years, seeing releases on the worlds most sought-after labels such as Rollerblaster Records, Boys Deep Records, Crewless Records, Sound of Meow Records and not to mention a proud achievement his track ‘Good Time To Dance’ has been featured on the Amsterdam Dance Event 2020 Album! With Cowman’s success in studio has seen his supporter base increase significantly and with a passion that knows no bounds he continues to make fans happy around the world with his livestream ‘The Cow-Cast Podcast’ as well as a renewed sense of enthusiasm whenever he enters the studio to work on his next project.

With showing no signs of slowing down, Jake Cowman, known to his friends and associates as absolute gentleman with a wonderful sense of humour, is one of the Australia’s last bastions of entertaining DJs but also one of the nation’s newest and most exciting exports.