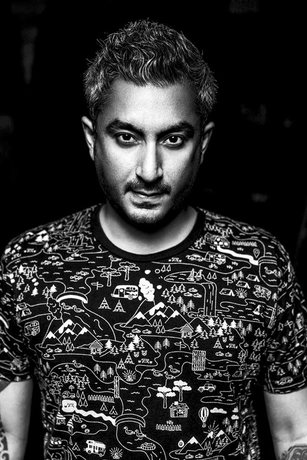 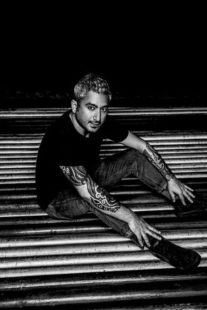 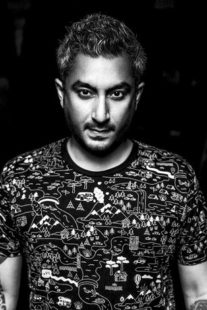 He now finds himself Adding Australia to that list of awesome places.

Tune in on The Underground Thurs 10:30am, as we showcase Ash Roy’s Soupherb first tour in Aus.

Where it all started, for this for this unreal talent coming all the way from India!

In 2004 Ash and his friends founded the fantastic electronica band Jalebee
Cartel, which gained massive popularity globally. Jalebee Cartel was India’s
answer to raw, real underground dance music. Since its inception, Ash
provided all vocal and percussive elements for their memorable live
performances.

2013 saw Ash launch his own dance music record label ­ Soupherb Records.
Soupherb records is an imprint of him and Ashvin Mani Sharma, co­founders
of Jalebee Cartel. The aim of the label is to provide a platform for forward
thinking and experimental music producers in the genres of Techno, Minimal,
House and all the sub genres that go with it.

As an individual producer and a DJ, Ash’s style moves through genres that
range from minimal to tech­house to techno. Other than homegrown label
Soupherb, Ash Roy’s music has been released on various other prestigious
labels such as Trapez Ltd., Monique Musique, Tulipa recordings, Creepy
Fingers, Patent Skillz, Sensum Digital, Gain records, Tialoc records, Shinocs
music, Buena Onda and homegrown Soupherb records among others.

In the year 2014, Ash Roy also won two prestigious awards ­ MyFav India’s
‘Best Techno DJ’ for the year 2014, as well as VH1 Sound Nation’s ‘Best
Electronic DJ’. These coveted awards along with his acclaimed release on
Trapez Ltd. were the highlights of Ash’s career in 2014. 2014 also saw him
visit the USA, where he got an opportunity to perform at the magnificent
Burning Man festival. 2015 saw him bag an award at the MyFav polls again ,
this time ‘Producer of the year’, and the same awards again in 2016.
has shared headliner space with the likes of The Chemical Brothers,
Modeselektor and Carl Cox, played with the likes of Richie Hawtin, Sasha,
Cari Lekebusch, Nic Fanciulli, Ambivalent and many more. Articles on him
have appeared on publications such as Rolling Stone, DJ Mag NL, Euphoric
mag, Pulse Radio and more.

With his growing popularity in Europe, Ash Roy is now based 6 months in
techno­mecca Berlin, and the remaining 6 months in India. 2017 saw him
make his debut performance at the massive Awakenings festival in Netherlands.

It also saw him release a bunch of very promising material on
labels such as Jannowitz, Ballroom, Evil Flow, 5D records and more. 2018
saw Ash play at the Awakenings Stage at Supersonic festival, India, along
Joseph Capriati, Enrico Sanguiliano and many more. 2018 also saw him play
at Awakenings festivals for the 2nd time and debut at Lost Theory Festival,
Spain and Wonderland Festival, Germany.