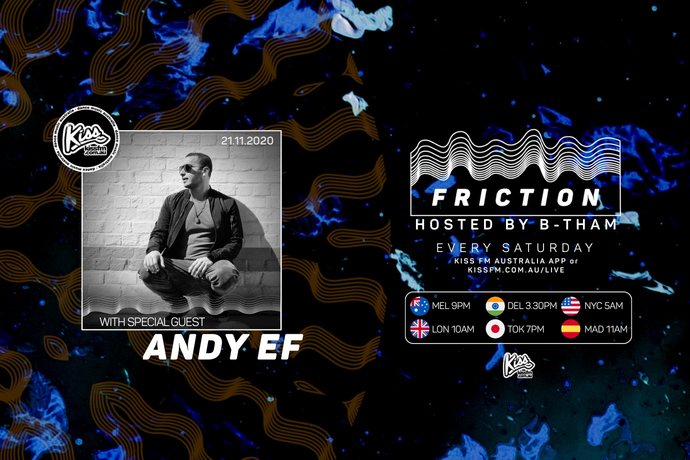 FRICTION welcomes ANDY EF from Sydney Australia. Andy is no stranger to the Australian progressive scene and he proves it with a Stella guestmix this Saturday on Friction at 9pm.

No stranger to the electronic music scene, signing his first release at 18 years old to “Acute Recordings, USA” in 2006 and subsequently winning a remix contest which was hosted by “Bellarine Recordings, AU” in 2007. Influenced by the likes of Sasha, Hernan Cattaneo, John Digweed, Satoshi Tomiee, Martin Garcia, Seb Fontaine to name a few. His style is characterised by a warm, driven, deep and atmospheric sound.

Andy Ef, an electronic music DJ and producer, born in 1987 in Cairo, Egypt. Played the piano at a young age, always been inspired by music, it was around the year 2000 when he discovered electronic dance music and from there a strong passion helped develop his own musical identity in years to come.

A regular on the Sydney scene for a couple of years now, with appearences at Return To Rio, Blueprint, S*A*S*H, Electric Gardens, Bootz ‘N’ Catz, Subsonic Music, We Love, Night Groove and more he’s fast becoming a Sydney favourite for his dreamy progressive driving track choices and skill at creating a seamless journey through his sets.

He has managed to share the decks with some of the world’s best DJs including Sasha, Hernan Cattaneo, Lee Buuridge, Eelkie Kleijn, Super Flu to name a few. 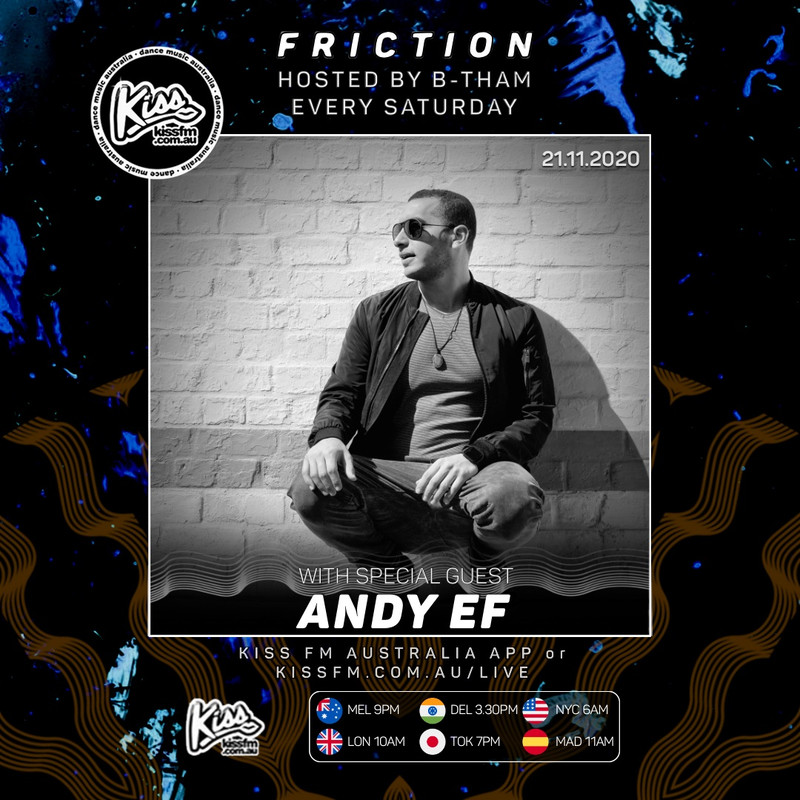