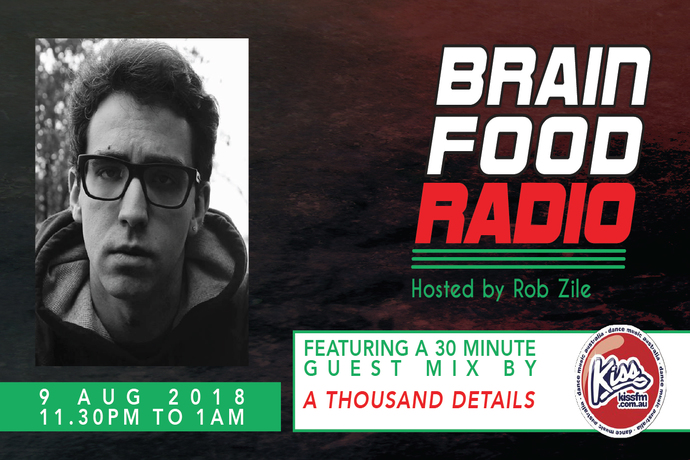 A Thousand Details is Gustavo Lima, owner of Reaktivate Records. Once half of Quantic Spectroscopy, A Thousand Details seeks self-expression and experimentation in controlled realms of Electronic Music. Inspired by a long time of hearing and admiring many genres of music like Industrial, Metal and early day Techno and House, Gustavo’s goal is to build his mental images in organized temporal sounds.

The main idea is to not be defined by a meaningless and shorten genre in a so vast Universe. Sonic explorations without limiting it to a place and a period of time. Every moment, every sight, sound is a motif of inspiration to create new realms. The only words describing it might be hypnotic, dark, somber and unknown. The rest is music for everyone who wants to embrace it.

Known for playing many genres in his DJ Sets, A Thousand Details has many years on the craft and been around his own country, Portugal, spreading his feelings with powerful and emotional sets that captivate the attention of the public. Like a snake charmer, he feels the urge to hypnotize and charm the crowds into travelling paths out of our reality and build memories of great moments in unknown territories. In 2016 he started his radio show “Corridors” on UK Seance Radio to show how he builds those corridors into different universes.

As a producer his first appearance was on Reaktivate 2nd Vinyl release with Portuguese experimental duo Sturqen. Following the success of the release and the hard work he puts in everything he crafts many other opportunities came to release on labels like Dynamic Refleciton, Faut Section, Circular Limited, Illegal Alien, Shaded Explorations, Trabet, Seance, Wunderblock, ARTS, Translucent, Konstrukitv and other fine labels. In 2015 after releasing on Lewis Fautzi, Faut Section, he got invited to play his hardware live act at NeoPop Festival in Portugal in one of the country biggest electronic music events. His hard work is what he believes in to allow him to transmit emotions and memories by his music.

Gustavo also has different alter egos like Curse Records H8R and Wretched Records Marcel Mrak, where he tries different approaches to techniques and views and perhaps not so controlled ambients, but pure chaos.

Check out A Thousand Details’ music below then listen to Brain Food Radio this Thursday night for his EXCLUSIVE guest mix!