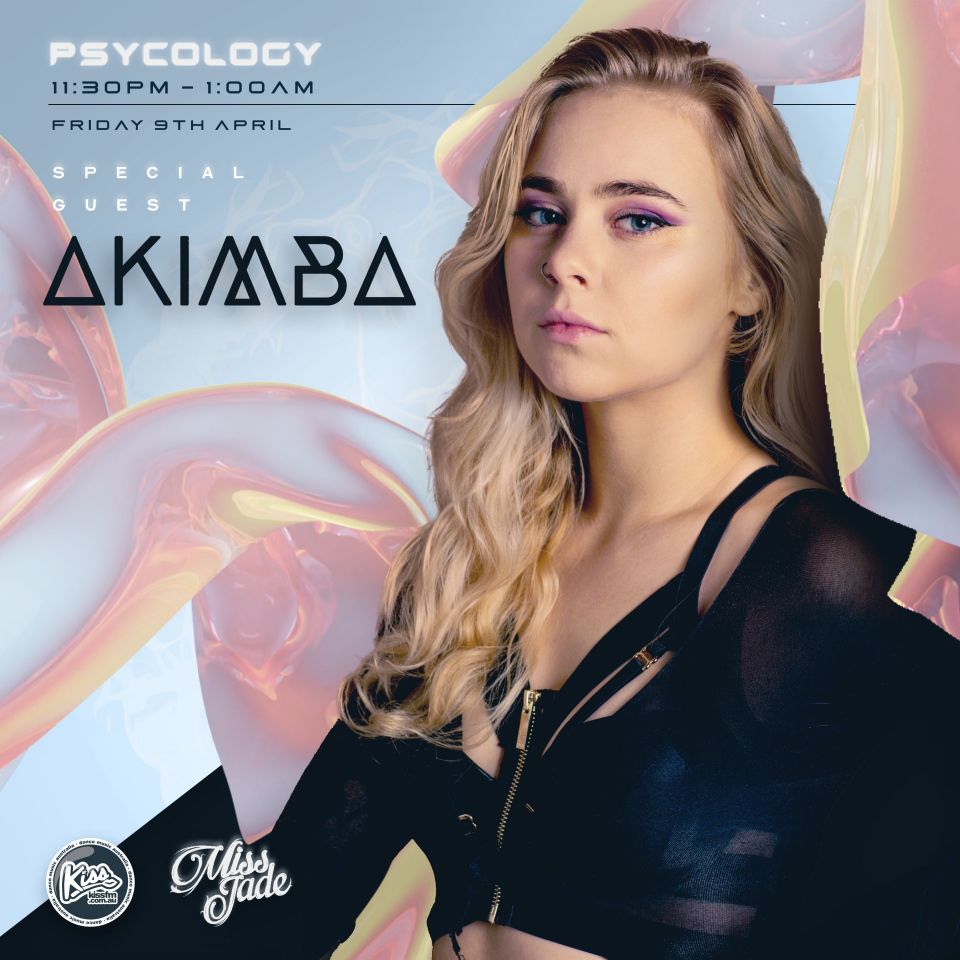 As they say, back again like a renegade master.

Tonight on Miss Jade’s PSYCOLOGY show we have special guest Akimba making her debut to chat about her recent accomplishment of joining the psy scene family and upcoming gigs we need to be attending.

AKIMBA is an up and coming DJ hailing from a small town of Tocumwal along the Murray River of Australia. At 14 years she moved to the city of Melbourne to discover her love for the music it has to offer. As well as being a strong support for the scene for the past 6 years, she gravitates around the clubs of north and south Melbourne’s hotspots making her recent club debut at Brunswick’s My Aeon. Akimba sports techno, bass, psytrance and everything in between, taking you on a genre-bending journey and keeping you on your toes

Tangibly, she has been a part of the events scene with a DJ and event-hosting group known as Melbourne Dance Music Academy, volunteering her time and energy to help them on their endeavours such as the theme camp Temple of Boom at the popular festival Burning Seed and picked up skills and music from the artists along the way. Affiliated with another crew, Red Moon Tribe, she is a frequent performer at their events as well as with aerial and performance group Celestial Circus Co. performing aerial hoop and dancing at the likes of festivals such as Rainbow Serpent, Babylon and Esoteric.