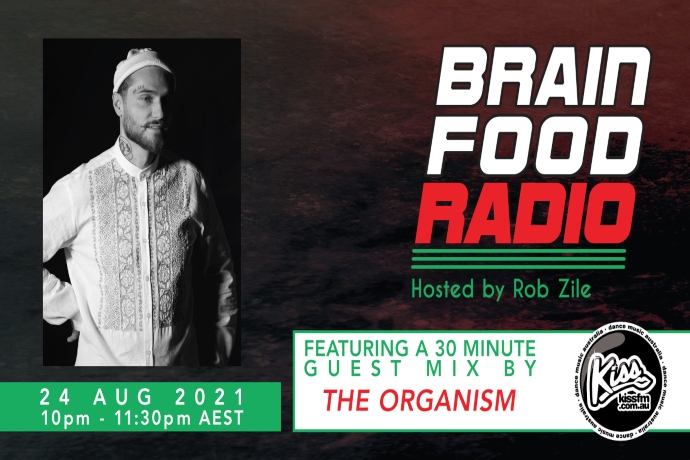 Where there is a solid and strong spiritual strength and vivid interest behind the artist’s mind to bring originality to music, uniqueness manifests itself as a result. Ukrainian performer The Organism is a prime example of what is being said: a multi-genre, always unpredictable producer with his signature style that combines the best hypnotic bass vibrations, exciting shamanic vocals and mystical ethnic sounds. Roman Yarmolenko began his career back in 1999 as DJ Alfred. He managed to go a long way from a young resident of top Kyiv establishments to a successful sound producer. In 2013, Alfred decided to leave the boring mainstream sound and began experimenting with sound, attracting young musicians, singers, sound engineers to his works, and embodied his new pseudonym The Organism.

Currently, The Organism is known far beyond the borders of Ukraine. His tracks are performed at mass festivals and in the best world clubs.

His track “Reflection”, which came out on Disco Halal, took The Organism to a higher level and established The Organism as the sole artist name as the track has received the support of many well-known taste trendsetters around the world such as Solomun, Dixon, Black Coffee, Ame, Kolsch, DJ Tennis, Dennis Ferrer, Andhim and many others.

The beginning of 2019 was marked by the release of the EP ‘Rite’ (released by The Organism jointly with Disco Halal Moscoman label owner), which has received greatly-deserved success.

“Rite” was featured prominently by DJMag and the legendary Pete Tong on   their BBC Radio 1 show which speaks meaningfully and defines a release as worth playing.

The next “Gypsy” EP with a magnificent remix by Tim Engelhardt was released by the Ukrainian label Eleatics Records and once again proved The Organism to be a success, naturally and literally expanding the mystical influence of the EP sound on the electronic world.

It is clear that 2019 and 2020 were the years of achieving new goals. The track “Roast”, released in Diynamic Music and bearing the imprint of Solomun, set The Organism on his clear course to delight music lovers with his unique sound, after which he opens his own label Organic Tunes, which phenomenally breaks into the world Olympus, occupying the first positions of the Indie dance chart.

And in the near future a lot of new things await him.

Being an ambitious artist in all his endeavors, The Organism always  keeps an ear open to hear new sounds that will not let you stand aside from his music, but rather listen and dance to it.

Musical vibrations of The Organism seep deep into the heart, this is the music that you need to know and keep in your collection.

Check out The Organism’s music below then listen to Brain Food Radio tomorrow night for his EXCLUSIVE guest mix!