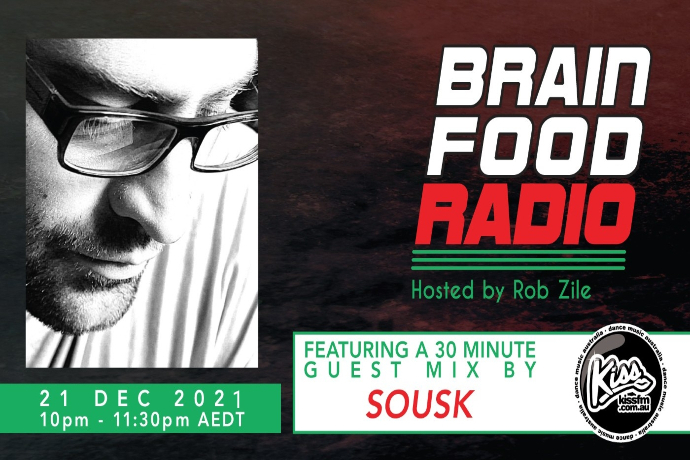 Based in Portsmouth in the UK. A drummer by trade, Sousk (Tim Cook) drummed his way through the 90’s, before picking up a pair of turntables. His musical tastes are eclectic, influenced by the acid house and UK rave scene and the rhythms of Detroit and Chicago.

Sousk is a self-taught producer with early tracks on Railyard, Fade and Kismet and recent productions on Lucid Flow, International DeeJay Gigolos, Souvenir and his own label Wolf Trap where he has also released music from artists such as Sierra Sam, Klartraum, Ma Spaventi, Vince Watson, Madben, Nadja Lind and Reset Robot.

He’s a collector of vinyl and hardware, a lover of the unique, raw and analogue, his tracks reflect his love of the sounds of yesterday brought into the now.

Check out Sousk’s music below then listen to Brain Food Radio TONIGHT for his EXCLUSIVE guest mix!