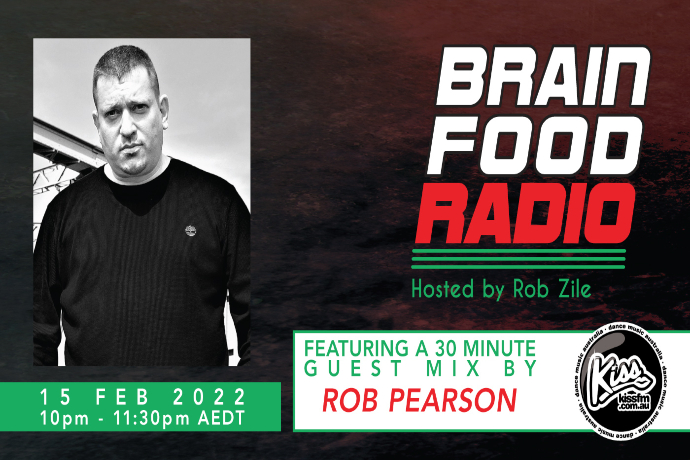 House Music supremo Rob Pearson was lured into music at an early age, growing up in South London with a staple diet of electro, hip hop, and eighties soul. Inspired by the turntable wizards of the time Rob spent many hours perfecting and earning his art, initially as a scratch DJ, cutting up the early hip hop beats of the time. A passion for collecting records soon developed and he set about mastering his techniques on whatever equipment was available to him. Robs early mix tapes where made using pause button tape edits of his favourite snippets of music and later on an old music centre and a midi HI- FI system.

Moving on to productions his earliest recordings were made using an old Tascam 4 track and a budget drum machine program on the classic Commodore 64 computer, overlaying whatever records Rob could get his hands on to create new unique versions of tracks. Inspired by the early acid house scene Rob started to fuse the sounds coming from Chicago and Detroit with early Breakbeat and Hardcore to create a more London based sound.

Venturing into pirate he was soon doing regular slots on Energy 87.9 FM, Don FM and Dream FM – honing his style into Drum & Bass and scoring slots at clubs like Labyrinth and Turnmills and even playing a warm up set for the legendary Happy Mondays at Concorde in Brighton. His humble home studio was now growing and sporting some serious gear; Akai samplers, various keyboards and drum machines and the classic Atari ST computer. Gaining respect from his piers and getting his material played by LTJ Bukem, Grooverider and Fabio helped him to clinch his first record deal with Basement Records. Working alongside label mates Wax Doctor, Peshay, Roger Johnson, MJ Cole, and Top Buzz and producing under the name of Blinded by Science, he quickly became a player on the nascent Drum & Bass scene, releasing on a plethora of other labels at the time including his own Online Recordings Imprint.

By 1995 Rob’s ever growing music equipment collection and the need to create a proper workspace for his projects led on to him starting his own recording studio, Online Studios in London. As an engineer, producer and remixer he’s worked with a diverse range of music artists including Tippa Irie, Cedric Myton & The Congo’s, Marc Almond, So Solid, UK Apache, Sway and in 1999 co-wrote and produced a top 40 number 1 single that sold well over a quarter of a million records. This was also the year that Rob launched his Evasive Records imprint to release the underground house and Tech House tracks that he was writing, finding that this style of music gave him the most creative freedom to express himself by being able to draw on his many other musical influences. Releases and remixes followed for some of House music’s most prestigious labels including Plastic City, Swag, Defender,

Wrong, Reverberation and Uhuru Beats, whilst at the same time producing over 30 vinyl releases for his label Evasive. Rob has also been a regular guest on London’s biggest dance music  radio station, Kiss 100 and continues to play slots on various FM Radio & internet stations worldwide. Rob is continuing to produce new material and is spinning alongside many of the the scenes leading players (Marshall Jefferson, Danny Rampling, Yousef, Terry Francis, Inland Knights) and playing well respected events like Pascha, Kerfuffle, Abstrakt Dance and Reverberations.

He’s also been travelling to countries including Barcelona, Czech Republic, Slovakia, Croatia, Germany and the USA to name but a few, whilst still managing to find time to spin at some of the UK’s best parties. Rob’s music been remixed by top artists The Timewriter, Demarkus Lewis and rising star Ron Costa. Rob has also collaborated with legendary vocalists including a single with Robert Owens and 2 projects with Rose Windross (Soul II Soul) and plans to work further with other vocalists and musicians for upcoming tracks. After over two decades of studio production work Rob is now working on his own solo material and production partner Paul Donton from Bombis Records whilst pushing his unique sound forward with DJ gigs Worldwide.

Check out Rob Pearson’s music below then listen to Brain Food Radio tomorrow night for his EXCLUSIVE guest mix!