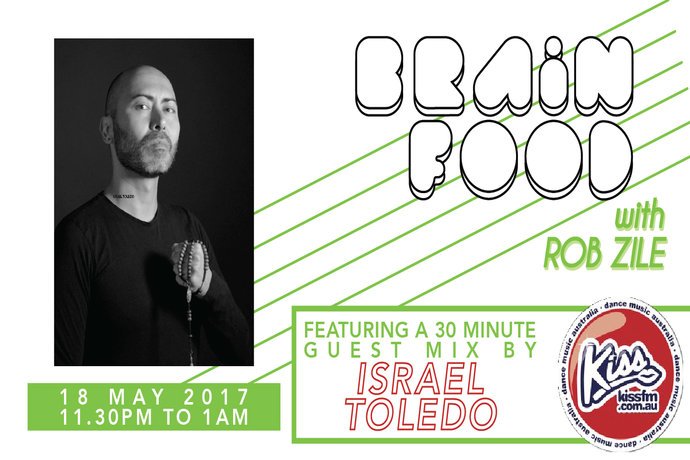 Israel Toledo is one of the most exported Mexican Techno DJs and producers.  His sound can be defined as driving, percussive and synthetic Techno.

He is the owner and manager of the Techno label Assassin Soldier Recordings. The label started in 2004 and various well-known artists like Esteban Adame a.k.a. Galaxy to Galaxy from Underground Resistance and Andrei Morant have released an EP on it.

Israel Toledo has his own radio show “Assassin Soldier Sessions” which is broadcasted in Mexico, Argentina, Netherlands and the UK.

He has produced EP’s and remixes for more than 60 labels around the globe.  You can listen to Israel Toledo’s music on vinyl and digital labels such AFU, MB Elektronics, Dystopian Rhythm, Analogue Audio, Masters Of Disaster, ZYX Music, Naked Lunch Records, MFS-Flesh, Patterns, Scope Recordings, Wall Music and many more.

Check out Isreal Toledo’s music below then listen to Brain Food this Thursday night for his exclusive guest mix!