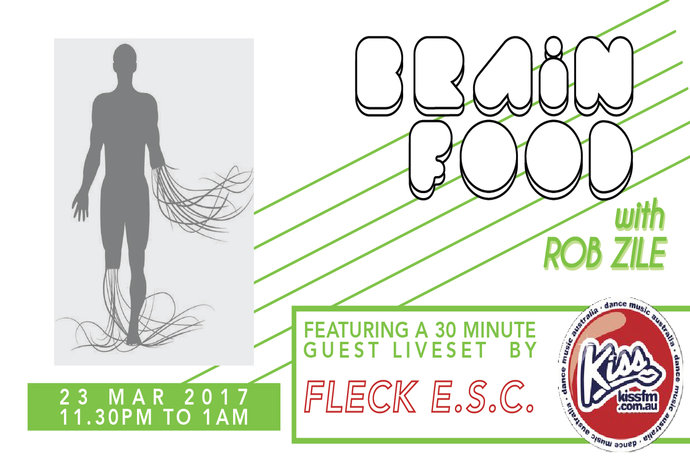 Franck Collin, aka Fleck E.S.C., is an Electro artist originally from France currently living in the buzzing metropolis of Tokyo, Japan. Franck’s earlier experience playing bass and drums in bands, and his love of horror, science fiction and B-movies, naturally drove him to the Electro music scene.

Additionally, Fleck E.S.C. has influences rooted in New Wave, Contemporary, Techno and Ambient music. Fleck E.S.C tries to lean more toward the spooky side of horror and sci-fi and the cheap retro sounds in tribute of the movies he loves. Never too serious, unpretentious, and always striving for fresh sounds, Fleck E.S.C.’s music aims to distract the body and the brain.

Franck Collin has also worked in movie productions as a camera assistant . He has also created music for Lipton Cafe Shibuya in Tokyo, theatre performances in Berlin and Luxembourg and the soundtrack for the film,”Astroboy in Robotland”, by renowned director of “Delicatessen” and “The Lost Children”, Marc Caro. He has also performed as Fleck E.S.C. in a number of venues in Europe and Japan and supported a list of international artists: Umek, Dave Clarke, The Stanton Warriors, Peter Hook (from New order), Dub pistols, Dj Hell, Dj Tanith, Ed 2000 and Dj Glow.

His productions have rapidly gained strong support throughout the electro scene. With tracks like ‘Nice Guy’ on Billy Nasty’s resurrected Electrix Records, remixes for Sync 24 and Silicon Scally and regular airtime through Dave Clarke’s White Noise, Fleck E.S.C. is an artist who’s star is most definitely rising.

Check out Fleck E.S.C’s music below then listen to Brain Food this Thursday night for his EXCLUSIVE guest liveset!