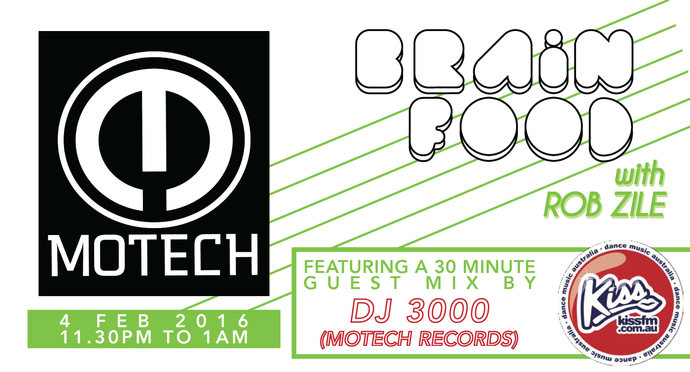 If you ask most producers and DJ’s about their musical upbringing, most, if not all, will point to the influence of their parents and their relatives. DJ 3000 is no different. Born and raised in the Detroit enclave of Hamtramck, DJ 3000 was inundated with both the sights and sounds of his neighborhood, a highly ethnic area of Detroit, as well as with the influence of the music of his parent’s native Albanian background. This diverse collection of influence shaped the make-up of both DJ 3000 and the vision of the Motech Records label.

He began DJ’ing around Detroit and was introduced to the world via the “Somewhere in Detroit” mix series on Submerge Recordings. Since the release of the SID mix series, as well as with the success of his “Electric Soul” and “True Colors” mix, DJ 3000 has moved crowds across the world from Japan to Greece to the Balkan region all the way back to Detroit where he has headlined various stages at the Movement festival in Detroit.

Founded in 2001, Motech Records takes the vision and influence provided to him by Detroit and his parent’s immigration from Yugoslavia, DJ 3000 has become known for creating a new hybrid breed of Techno/Electro/Funk interspersed with the soul of Albanian and Middle Eastern rhythms.

Through his own releases, and through collaborations and contributions from some of the best up-and-coming producers across the globe, Motech Records has forged its own unique identity. Some projects, both present and upcoming, of note for DJ 3000 and Motech have included “Migration” – Franki’s first full length album on Submerge Recordings, “Blood & Honey” his follow up full length release. “Broken Research” is Motech’s first compilation effort, acting as a showcase for the global spectrum of producers involved in the label’s success. DJ 3000 has collaborated with such artists as Gary Martin, Gerald Mitchell, and Ursula Rucker as well as being part of numerous remix projects for artists across the globe, most notably remixing “People are People” for electronic music pioneers Depeche Mode.

Motech Records, through its music, as well as through its mission of providing a voice for the under-represented and over looked, will continue to expose the world to the sounds and beliefs of the working class producer and DJ.

Combining the technology of the present with the influences of our past, Motech pushes the boundaries where there are no boundaries to be pushed. Traversing the globe with music as our only means of survival, Motech is always looking forward and striving in the image of progress. While we may not speak the same dialect, through the means of our music, “We Speak Your Language.”

Check out Dj 3000’s music below then listen to Brain Food this Thursday night for his exclusive guest mix!