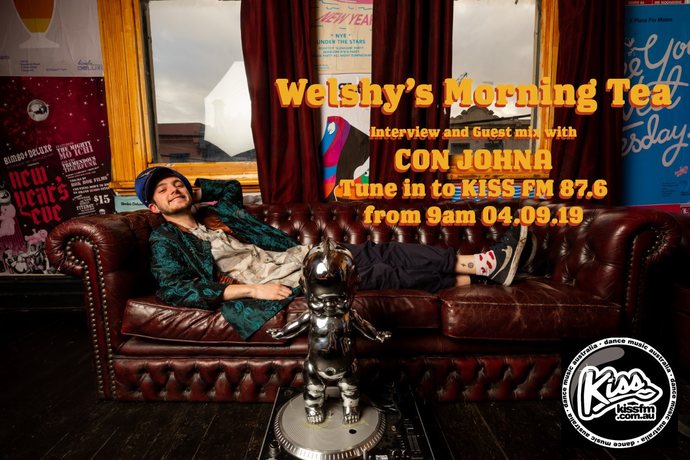 Con Johna is an exciting and unique new face among Melbourne’s eclectic house music scene. As a country boy from Beechworth, Victoria, Conor was always immersed in music at home, and found a home behind the drum kit in his teenage years.

After making the move to Melbourne, Conor quickly found his tribe among the city’s house music aficionados, taking inspiration from countless talented DJ friends, and eventually found himself on the decks.

Three years later, and Con Johna is now a skilled and practiced DJ, boasting sets at Day Spa, OneSixOne and Revolver, just to name a few, as well as launching his own monthly themed party “The Farm”. Conor describes his sound as “late night house with a bit of a funk”, taking influences from industry legends like Inland Knights and South Of Roosevelt.

Fresh off the back of two stellar “Farm” parties this month, join Dan Welsh as he invites Con Johna into the KISS FM studios for a guest mix, a chat, and a cup of the finest, on Welshy’s Morning Tea.