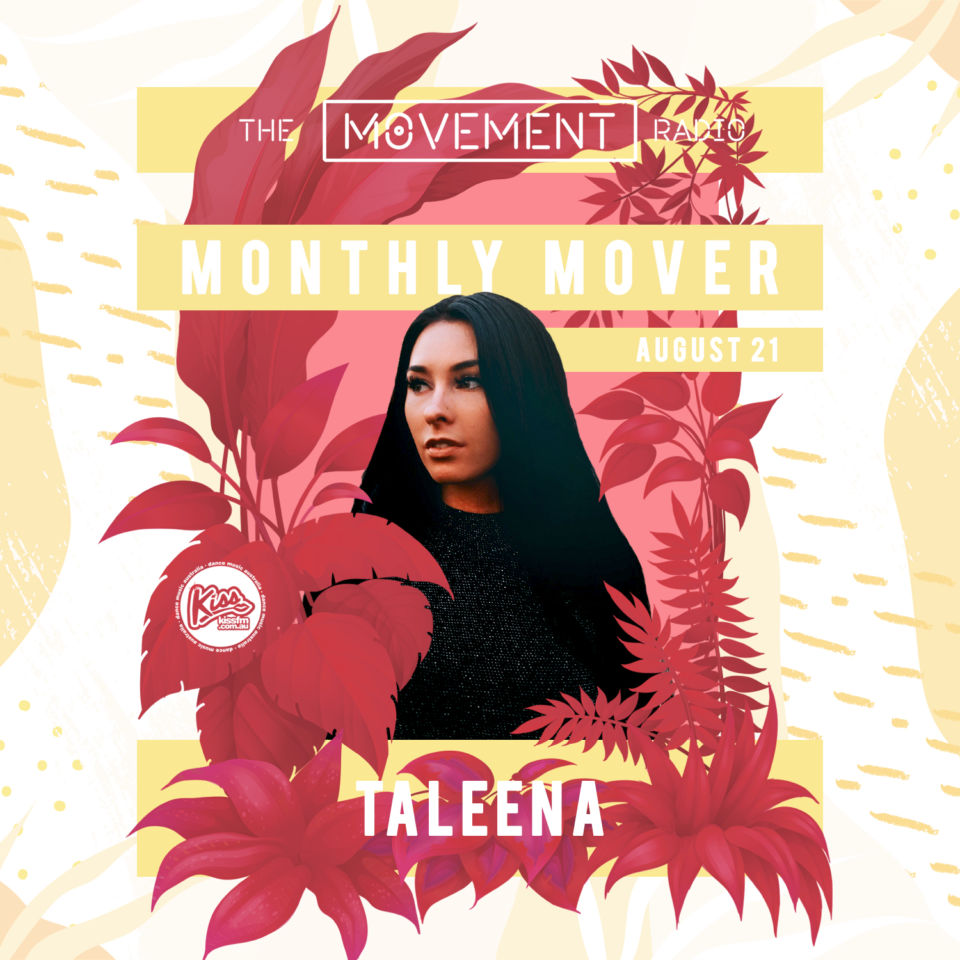 August’s Monthly Mover edition is here & joining me live in Kiss’ brand new studio, is the electric talent, TALEENA.
Tune in from 10.30 – 12.00pm, Wednesday 21st August. More on Taleena below.

Queensland born; Melbourne based TALEENA is quickly becoming one of the most promising young
House & Techno artists to come out of Australia in recent times. She has catapulted herself into the
industry spotlight due to her consistency and pure ambition. Her drive and her passion for all forms of
House & Techno has really shaped her sound in the studio, with her tracks often delving into the darker
side of these genres! Her DJ sets also reflect her passion for the underground, and you can frequently
catch her spinning tunes at some of Australia’s leading venues like Revolver, Brown Alley, Chinese
Laundry, Coco (The MET), and other national underground House & Techno institutions. With her sights
set on the global stage, Taleena has already had the pleasure of co-headlining/supporting some of the
world’s best; MK, Camelphat, Claptone, Dusky, Malaa, & Fisher to name a few, and was recently invited
on stage for a back to back set with Sola head honchos Solardo!

On the recordings front Taleena released her debut single ‘Lunar’ on Club Sweat which gained the
attention of Triple J and featured on specialized shows The Friday Night Shuffle & House Party. She then
followed up with ‘The Theory’ which was released on Double Up Records and gained Triple J attention but
also global support from some of the hottest names in House music, Shiba San, Richy Ahmed, Anna
Lunoe, Detlef and Don Diablo.

Taleena’s career has been on a steady upwards trajectory and with a plethora of releases in the pipeline,
plus multiple festival & club shows locked in. It’s only a matter of time before you see her doing what she
does best all over the globe and that’s getting you moving on the dance floor!