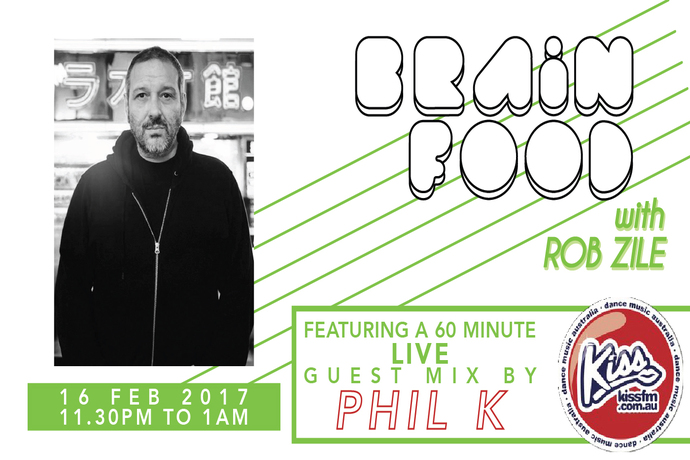 The term ‘pioneer’ is brandied about too readily in dance music but for Phil K, the term is just right in so many ways. Born, bred and based in Melbourne, Phil has been lending his services to the dance floor since way back in 1985 when he started as a mobile DJ playing all the party classics. A combination of ugly drunk secretaries, a few flat Bah mitzvahs and the acid house exclusion lured the young DJ from functions to the murky depths of clubs. Thank God too because since that move, Phil K has turned the clubbing experience into something different altogether.

As dance music boomed in the early 90s, so did Phil K. Names such as The Chevron, Inflation, The Metro and Chasers have all become clubbing legends and you can be sure that Phil K has played a major part in crafting that reputation. Forging a name for himself through immaculate mixing, mind bending programming and just down right dirty tunes, the name Phil K has appeared alongside the likes of Sasha, Dave Seaman, Paul Oakenfold, FreQ Nasty, Craig Richards…. and the list goes on. There’s a very good reason why the list of support acts is so long. Promoters might look and behave like twits but those who have booked Phil K know one thing – he’s professional. The master of setting the room just right for a big name. No ego involved. No stealing the limelight. Just rock solid performances every time.

His sets span all genres and that versatility allows him to adapt to any environment. Whether it’s warming up the room for Telefon Tel Aviv, playing a mainstage set at Glastonbury Festival (official), or his residency at Melbourne institution SloMotion Social Club, one thing remains evident – Phil K will always find a way to challenge both himself and the audience.

Listen to Brain Food tomorrow night for his 60 minute LIVE guest mix then you can catch him spin this Saturday night at SloMotion Social Club at MyAeon then the following weekend at Kontrast Summer Klub 002 at OneSixOne on February 25!