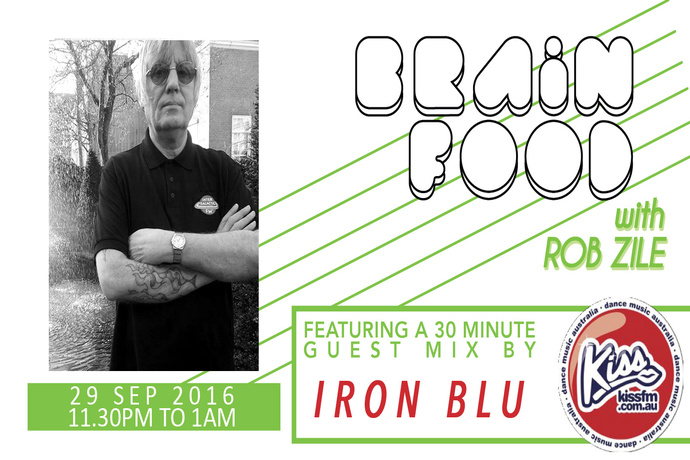 He is a former original member of postpunk electronic band Naked Lunch (of Some Bizzare Records Records).

He has been broadcasting on Intergalactic FM for four years, with the weekly Radio Oscillations which, in his own words is “an hour of music which started in a decade of no rules which came out of Germany from around the 1968 German and Italian student movement and French protests. Groundbreaking ’krautrock’ and beyond…..” He does a fortnightly mix called Subspace Watussi and is part of the Europe and UK wide collective Magic Waves, co-hosting once a month their weekly four hour live show.

He runs the label Flight Recorder which releases ‘weapons of desire’ on vinyl, CD-R and digital. The roster of artists include, amongst others, Cottam, Emile Strunz, Casionova, Kid Machine, Alessandro Parisi, Antoni Maiovvi, Rude 66 and a whole lot more.

Check out Iron Blu’s music below then listen to Brain Food this Thursday night for his exclusive guest mix!