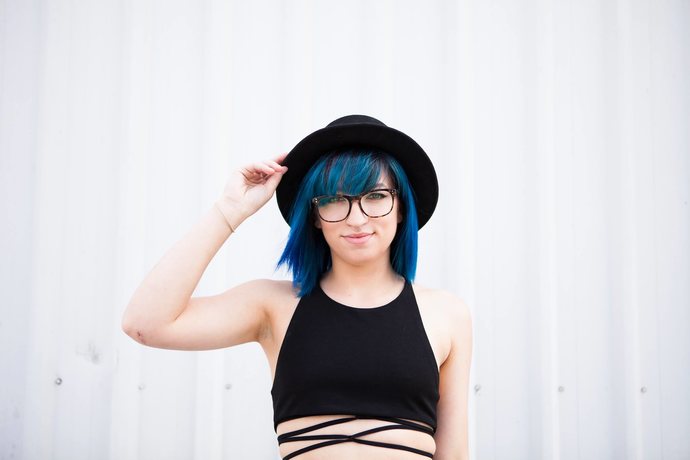 JACK WILL BE PLAYING A MIX FROM BETH GRACE MADE ESPECIALLY FOR THE LATE LUNCH, FROM 2 PM WEDNESDAY THE 12TH OF AUGUST. SHE’LL BE CALLING IN THROUGHOUT THE SHOW FOR A CHAT AND TO TELL US ABOUT HER NEW PODCAST SERIES ‘PUTOUT’.

THE PODCAST & TRACK-LISTING WILL BE AVAILABLE FROM 3PM WEDNESDAY.

Beth’s Bio
Once upon a time a party kid and dance floor veteran in her own right disco jockey Beth Grace, has been a regular on the gig circuit since hanging up her dancing shoes for decks in 14’. Currently filling her time perfecting her craft, making you dance (and possibly swoon…), producing her reasonably new but already infamous weekly podcast, Put Out, and with eyes set on booths abroad; there’s no sign of this Melbourne firecracker letting up. With a tag line that needs no explanation for those who have met her, and is pretty damn self explanatory when you do; blue locks, deep drops.

Able to count on one hand how many times the word subtle has been used to describe young Melbourne Disco Jockey Beth Grace, not everyone was entirely surprised at the tongue-and-cheek title of her new podcast, #PUTOUT.
But as it turns out; there’s much more to it than just cheek.
“In my experience female DJs are often perceived a certain way, treated a certain way, and slotted into a particular box. This may not be everyone’s experience – but it has been mine.”

1. To create a platform for herself and others in the industry

2. To address the adversity she has at times experienced within that industry,

#PUTOUT was born.
“For me it is first and foremost a platform for myself and others, and secondly a way for me to take back ownership of my identity as a young female a DJ in a male dominated industry.”
So, does Beth Grace #PUTOUT..?
Yes – she sure does.
She puts out weekly podcast featuring peers and friends, both female and male, all of whom she has the upmost respect for + music to make you d-d-d-dance.
Guests include; Mike Metro (Medium Rare Recordings), We Are Nuts (Germany), Mell Hall (360 Agency), Melissa Pugliesi (No Fun Babe), and more.

#PUTOUT – your weekly ‘sure’ thing.